This patient is a 15-year-old boy with autism who is non-verbal and has had seizures since he was 7 months old. His SPECT scans revealed: 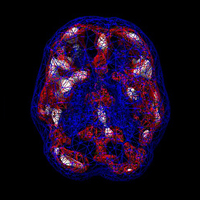 This is the scan of a 9-year-old boy with ASD whose scan revealed high activity in a Ring of Fire pattern, as well as lower internal activity in the cerebellum. 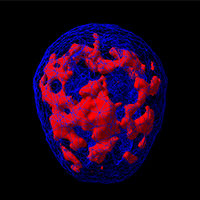 Tim, age 12, was diagnosed with Asperger's Syndrome. He had problems with repetitive behaviors and very poor social skills. In addition, he was rigid in his thinking and had frequent temper outbursts. His baseline SPECT study revealed marked increased patchy uptake throughout his cerebral cortex. Zyprexa had an overall calming effect on his brain and significantly improved his temper and cognitive inflexibility.