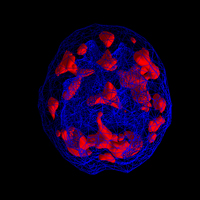 Carrie was a second year college student when she first began having problems. She would go days without sleeping. She began having trouble concentrating in school and stopped going to classes. She started having sexual relationships with 4 different men and she spent all of the money she had for the school year in three months. When her parents discovered the problems, they brought her in for evaluation. Carrie did not feel that anything was wrong. She felt that she had just made several poor decisions, like anyone her age. Her parents felt things were not the same. She had always been a thoughtful, responsible person prior to the last several months. A scan was ordered to help evaluate the clinical situation. It revealed marked patchy uptake throughout the cortex. Lithium was very helpful for Carrie and she was able to return to school the next semester. A 35-year-old man who had been living on the street was brought in for an evaluation by his mother. He had previously been diagnosed on many occasions with paranoid schizophrenia, but refused medication. His SPECT study revealed marked overall decreased activity throughout the cerebral cortex. Being able to see his own brain activity on the SPECT study was helpful for him and he agreed to take his medication under the supervision of his mother.

One month later, after significant clinical improvement on 4 mg of risperidone, a repeat SPECT study was performed. It showed improved overall cerebral perfusion. Seeing the before and after treatment images from the SPECT studies was very encouraging to this patient and helped significantly with his compliance and willingness to stay on medication. 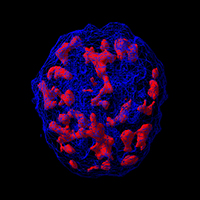 Sarah was 53-years-old when she was admitted to a hospital. The month prior her family had committed her to another psychiatric hospital for delusional thinking and bizarre behavior - she had ripped out all the electrical wiring in her home because she heard voices coming from the walls. In addition to the above symptoms, she was barely getting any sleep, her thoughts raced wildly, and she was irritable. She was diagnosed with manic-depressive disorder (a cyclical mood disorder). When we first saw Sarah, she was extremely paranoid and believed she had special powers that others were trying to take from her. Carrying out the SPECT study wasn't easy - we attempted on three different occasions. While the study revealed an overall increase in activity in the deep limbic system, we found intensity on the left side of her scan (focal increased deep limbic uptake) and marked patchy uptake across the cortex. In other words, some areas showed increased activity and some showed decreased.

For Sarah's family, this was powerful evidence that her problems were biological, so that when she refused medication, they were now willing to encourage her to continue her dosage. Through a better understanding of the problem, Sarah was able to agree to follow-up visits.