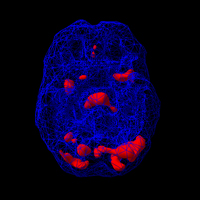 68-year-old Margaret lived alone. She appeared ragged and unkempt. She often forgot the names of her own children and frequently got lost when driving her car. Her family worried because she appeared to have the symptoms of serious dementia, and they were ready to put her into a supervised living arrangement.

While at first glance it may have appeared that Margaret was suffering from Alzheimer’s disease, the results of her SPECT study showed full activity in her frontal, parietal and temporal lobes—essentially mitigating against the diagnosis of Alzheimer’s. Instead, the only abnormal activity on Margaret’s SPECT scan was overactivity in her limbic system. This finding is commonly found in people suffering from depression.

Sometimes with the elderly, it can be difficult to distinguish between Alzheimer’s disease and depression because the symptoms can be similar. In this case of pseudodementia, depression was masquerading as Alzheimer’s.

SPECT imaging was critically important in making the distinction between the two disorders so that we could get Margaret on the right kind of medication, which ultimately helped her symptoms improve. 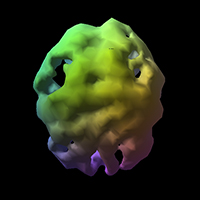 Here is a scan of a 92-year-old man with Alzheimer's disease who had become forgetful, frequently got lost away from home, forgot how to do simple things such as dress himself and began getting aggressive with his wife. Notice the extensive frontal lobe involvement and marked overall suppression, especially in the parietal lobes.