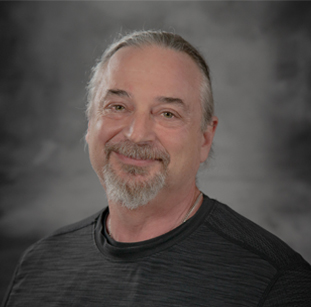 Dr. Easton started his medical training living in Italy and studying at the University of Bologna Medical School, he then returned home to complete his degree at Rosalind Franklin University of Medicine doing most of his clinical training at Cook County Hospital in Chicago. Dr. Easton did his psychiatric residency at Illinois State Psychiatric Institute (ISPSI), at that time it was the hub for psychiatric research in the Chicago-land area. He stayed on at ISPI and, in conjunction with the University of Illinois, did a fellowship in bio-psychiatric research, psychopharmacology and electro-convulsive therapy (ECT) under the tutelage of national and internationally renowned psychiatric clinicians and researchers. He continued there for another three years as a research psychiatrist developing and implementing studies of pharmacological agents in the treatment of mood and psychotic disorders as well as doing research on the administration of ECT. During this time, he became interested in sleep medicine and circadian rhythm disorders leading to his involvement in some of the early research on bright light therapy for Seasonal Affective Disorders. He was also the director of the Tourette’s disorder clinic at ISPI.

In 1990, he was recruited to the Department of Psychiatry at Rush University Medical Center as an assistant professor. There he was again mentored and worked closely with nationally recognized experts, such as Dr. Jan Fawcett, in the pharmacological treatment of mood disorders. During his time at RUSH, Dr. Easton wore numerous administrative, clinical and research hats. He was initially involved in the Treatment Research Unit looking at pharmacological agents in the treatment of mood and anxiety disorders. In the early 1990’s, he was the director of the substance abuse program at RUSH and did research on anti-craving agents in the treatment of addictions. In addition to being board certified in Psychiatry he received an added qualification in Addiction Psychiatry in 1994 as well as a certification in Addition Medicine in 1996. He was a consultant to numerous addiction programs in the Chicago land area regarding the management of psychiatric illness among individuals with addictions.

During his time at RUSH Dr. Easton has had a thriving clinical private practice focusing on the management of treatment refractory conditions in both a hospital and office setting. He has been the director of the adult inpatient psychiatric units as well as managing the clinical neurostimulation programs. Dr. Easton has been involved in the administration of ECT for more complicated treatment resistant psychiatric disorders for over 30 years. He was also among the first group of psychiatrists to be certified in administration of Transcranial Magnetic Stimulation (TMS) upon the FDA approval of TMS as a treatment for depression.

Dr. Easton has over 15 years of psychiatric research in areas related to the use of medications and ECT in the treatment of psychiatric disorders as well as anti-craving medication in addiction. He has numerous research publications and book chapters in his areas of expertise as well as having lectured nationally on topics related to the pharmacotherapeutic agents and the management of mood disorders, psychosis and addiction.

Dr. Easton continues to hold his academic position as an assistant professor at Rush University Medical Center in Chicago. His main area of interest is in the use of traditional and innovative treatments in the management of difficult to treat mood, anxiety, psychotic and addictive disorders as well as attention deficit disorder.

Michael Easton – Why I Work at Amen Clinics