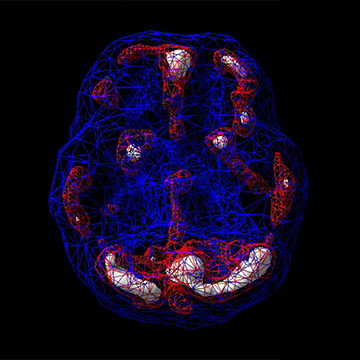 Adrianna, age 16, went on a mountain vacation with her family. When they arrived at their cabin they were surrounded by deer. Ten days later, Adrianna became agitated and started having auditory hallucinations. Her parents sought help, and Adrianna was admitted to a psychiatric hospital. She was prescribed antipsychotic medications, which didn’t help.

The next 3 months were a torturous road of different doctors and multiple medications—at a cost of nearly $100,000. Adrianna had become a shadow of her former self. Desperate, her parents brought Adrianna for a SPECT scan, which showed areas of unusually high activity. As result, we looked deeper into the potential causes of her symptoms, such as an infection or toxicity. It turned out that Adrianna had Lyme disease, which is a bacterial infection that is often caused by deer ticks. After being given the appropriate course of antibiotics, Adrianna got her life back. 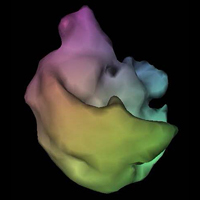 Nancy was a 59-year-old woman suffering from severe depression that had been nonresponsive to treatment. A SPECT study was done to provide greater information about her condition. It was a surprise to see two large strokes in the right side of her brain, since she had not experienced any symptoms that would indicate this. Her non-responsive depression suddenly made more sense: 60% of the people who have frontal lobe strokes experience severe depression within a year. She was referred immediately to a neurologist for further evaluation and treatment. 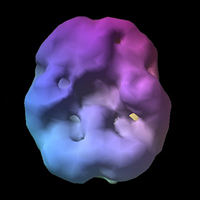 Petra is a 23-year-old female who had a brain tumor and underwent radiation treatments for five months and chemotherapy for six months. She had not received any forms of traditional cancer therapy for two years prior to coming to Amen Clinics for help. While she had made a lot of progress over the prior two years, she still had some short-term memory problems and became disoriented and lost at times. She was easily fatigued and less enthusiastic/outgoing than she used to be.