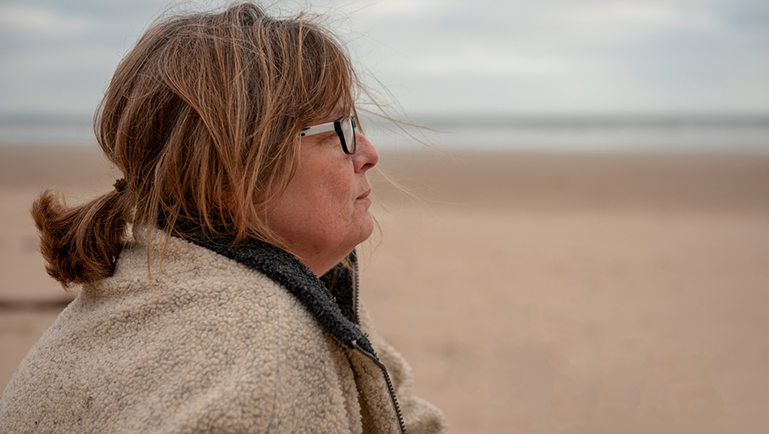 Everybody gets the blues from time to time. For most of us, we bounce back from these low moods and get back to enjoying our lives. For some people, however, the sense of sadness and hopelessness doesn’t dissipate, and it begins to affect how you think, how you feel, and how you act. When these feelings persist, it can be an indication of depression, a mood disorder that can interfere with daily life and that can lead to psychological and physical issues.

WHO IS AFFECTED BY DEPRESSION?

Also known as clinical depression or major depressive disorder, this condition is one of the most common mental health problems in the nation and across the globe. Approximately 17.3 million people in America are affected by depression, representing over 7% of the adult population. The condition is more common in females, who are twice as likely as men to suffer a depressive episode.

Depression can occur across the lifespan—from kids and teens, to moms (and dads) experiencing postpartum depression, to seniors. However, research shows the condition is rising most rapidly among teens and young adults. About 36% of girls will experience clinical depression during their teenage years compared to 13% of teenage boys.

It is estimated that nearly 2 out of every 3 people struggling with depression don’t seek or receive treatment for their condition. When left untreated, depression can ruin your life. Clinical depression increases the risk of substance abuse, destroys relationships, interferes with your ability to excel at work, and makes you more vulnerable to certain medical conditions. For example, people with depression are more likely to develop heart disease and are more likely to die following a heart attack than people without the condition. Even more troubling is the fact that depression is the cause of two-thirds of suicides.

It is not uncommon for depression to be misdiagnosed for other mood disorders (such as bipolar disorder) or for other conditions like ADD/ADHD or even dementia. Getting the wrong diagnosis and the wrong treatment can make your symptoms worse and keep you in a downward spiral.

Traditional treatment with antidepressants doesn’t always work either. Since the launch of Prozac, antidepressant use in the U.S. has increased 400%, and more than 1 in 10 Americans now takes one. But over half of depressed patients don’t get better after taking antidepressant medication.

Part of the problem is that traditional psychiatry typically takes a one-size-fits-all approach to diagnosis and treatment. But depression isn’t a simple or single disorder. Giving everybody the same treatment will never work.

BRAIN IMAGING AND THE 7 TYPES OF DEPRESSION

Brain imaging studies clearly show that depression is not a character flaw or personal weakness. It is associated with biological changes in the brain. Our brain imaging work at Amen Clinics has helped us identify 7 different brain patterns associated with depression. And each type requires its own treatment plan.

Did you know that depression anxiety occur together 75% of the time? For this reason, we include anxiety as one of the 7 types of depression. See the brain findings and symptoms of Pure Anxiety.

Pure Depression often results from excessive activity in the deep limbic system—the brain’s emotional center. People with this type struggle with depressive symptoms that range from chronic mild sadness (dysthymia) to crippling major depression, where it’s difficult to even get out of bed.

Common symptoms of Pure Depression include:

Mixed Anxiety/Depression involves a combination of both Pure Anxiety symptoms and Pure Depression symptoms (listed above). This type shows excessive activity in the brain’s basal ganglia and the deep limbic system. One type may predominate at any point in time, but symptom of both are present on a regular basis.

Over-Focused Anxiety/Depression involves excessive activity in the brain’s anterior cingulate gyrus, basal ganglia, and/or the deep limbic system. People with this type—which occurs more frequently in the children or grandchildren of alcoholics—have trouble shifting attention and often get locked into anxious and/or negative thoughts or behaviors. This can look like:

Common symptoms of Over-focused Anxiety/Depression include 4 symptoms from Pure Anxiety and/or Pure Depression (listed above), plus at least 4 of the following:

Temporal Lobe Anxiety/Depression is related to too little or too much activity in the temporal lobes (involved in moods, emotions, and memory), in addition to overactivity in the basal ganglia and/or deep limbic system.

Common symptoms of Temporal Lobe Anxiety/Depression include 4 symptoms from Pure Anxiety and/or Pure Depression (listed above), plus at least 4 of the following:

Cyclic Anxiety/Depression is associated with extremely high activity in the brain’s basal ganglia and/or deep limbic system. These areas of excessive activity act like “emotional seizures” as the emotional centers hijack the brain for periods of time in a cyclical pattern. Cyclical disorders, such as bipolar disorder, cyclothymia, premenstrual tension syndrome, and panic attacks are part of this category because they are episodic and unpredictable.

Common symptoms of Cyclic Anxiety/Depression include 4 symptoms from Pure Anxiety and/or Pure Depression (listed above) plus periods of time with at least 4 of the following:

Unfocused Anxiety/Depression is associated with low activity in the prefrontal cortex (PFC) in addition to high activity in the basal ganglia and/or deep limbic system. The PFC is involved with attention, focus, impulse control, judgment, organization, planning, and motivation. When the PFC is underactive, people often have problems with these executive functions.

Distinguishing Unfocused Anxiety/Depression from ADD/ADHD can be difficult because of the similarity in symptoms. However, brain imaging provides a window into the brain to see the areas with too little or too much activity. This allows for a more accurate diagnosis.

Symptoms of Unfocused Anxiety/Depression include at least 4 items from the Pure Anxiety and/or Pure Depression symptoms (listed above), plus at least 4 of the following:

A variation of Unfocused Anxiety/Depression is caused by overall reduced blood flow and activity in the cortex along with too much activity in the basal ganglia and/or deep limbic system. This pattern may be related to physical illness, drug or alcohol abuse, hypoxia (lack of oxygen), infections (such as Lyme disease), traumatic brain injury, or exposure to toxic mold or other environmental toxins. Symptoms of this variation also include frequent feelings of sickness, mental dullness, “brain fog,” or cognitive impairment.

HOW AMEN CLINICS CAN HELP YOU OVERCOME DEPRESSION

Amen Clinics uses brain SPECT imaging as part of a comprehensive evaluation to more accurately diagnose your depression type so you can get a personalized treatment plan for your needs, including natural supplements, nutrition, exercise, helpful forms of therapy, simple tools to kill the ANTs (automatic negative thoughts), and medication (when necessary).