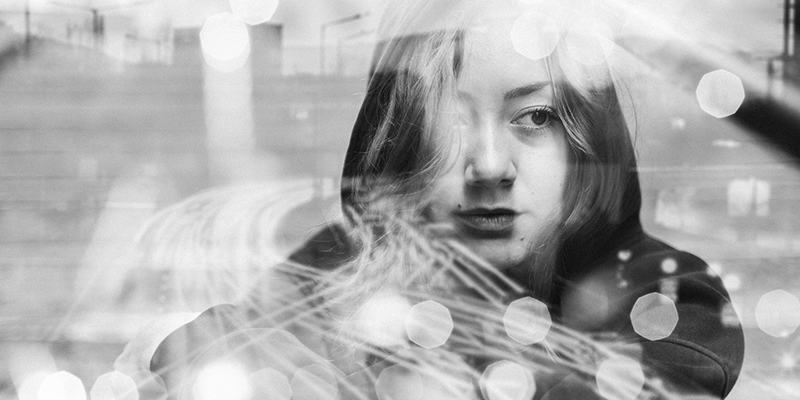 The Next Wave of the Pandemic: PTSD

As the coronavirus pandemic rages on, affecting over 1.5 million Americans, killing over 90,000 (so far), and causing unemployment rates to rise near Great Depression levels, all of us are being traumatized in some way. The human brain is wired to remember traumatic experiences, and in some people, this biological reality may lead to post-traumatic stress disorder (PTSD).

In fact, mental health experts anticipate that PTSD, which currently affects over 8 million American adults, could explode into the next healthcare crisis.

Who’s at Risk for PTSD

Some people are at greater risk of developing PTSD due to the pandemic, including:

Imagine being so ill you think you’re going to die. That’s highly traumatic, and a 2018 study shows that being critically ill can lead to symptoms of PTSD in as many as 27% of patients surviving a stay in the intensive care unit (ICU). For people with COVID-19 who survive an ICU stay, it’s even worse. A 2020 study of more than 700 COVID-19 patients in China found that an astonishing 96% had symptoms of PTSD during quarantine. Because COVID-19 is so contagious, people in ICUs couldn’t see family or friends, leaving them completely alone during this frightening time. On top of that, hospital staff were likely wearing protective gear resembling hazmat suits, making it seem like an eerie scene from a Hollywood disaster movie. It’s a terrifying image that survivors are likely to replay over and over in their minds.

People Who Have Lost a Loved One

Suffering the death of someone you care about can trigger devastating long-term psychological consequences. Research in The American Journal of Psychiatry found that the unexpected loss of a loved one increases the chances of the onset of PTSD, as well as other mental health issues, such as depression and panic disorders.

Doctors, nurses, EMTs, and other frontline responders are the heroes in the global fight against the coronavirus pandemic. These selfless individuals who put themselves in harm’s way by caring for those who are sick and dying from the highly contagious COVID-19 illness are also battling another risk—PTSD. A 2020 report in Psychological Medicine called PTSD the “second tsunami” of the COVID-19 pandemic and noted that healthcare workers are in occupations that are already at risk for the condition. Research in the Canadian Journal of Psychiatry on the SARS outbreak in 2003 showed that 10% of healthcare workers experienced high levels of PTSD following that pandemic.

People With a History of Trauma or Other Mental Health Issues

If you’ve previously experienced trauma in your childhood or as an adult, the psychological distress of the pandemic may compound the effects and lead to PTSD. Similarly, people who are already struggling with anxiety, depression, bipolar disorder, or other mental health conditions may be more vulnerable to developing PTSD.

Anyone Who Practiced Self-Isolation

A 2013 study in Disaster Medicine and Public Health Preparedness investigated the psychosocial responses of children and their parents to quarantine and isolation measures in a pandemic. The researchers found that 30% of children in quarantine met the criteria for PTSD as did 25% of their parents. Considering that most of the nation was encouraged to self-isolate during the pandemic, this could translate into millions of people experiencing PTSD in the wake of the coronavirus pandemic.

Know the Symptoms of PTSD

How can you tell if you have PTSD? There are many signs and symptoms associated with this condition. Common symptoms include anxiety, distressing memories and flashbacks, nightmares, trouble sleeping, hypervigilance, being easily startled, and difficulties concentrating. Avoiding people, places, or things that are reminders of the trauma is also common among those with PTSD. Sadly, suffering from PTSD also makes people more likely to have suicidal thoughts and behaviors.

It’s not unusual for people to experience some of these symptoms following a trauma. In most cases, they overcome these feelings after a few days or weeks and get on with their lives. In people with PTSD, however, these issues have a significant impact on daily life, and these symptoms don’t let up over time.

Some symptoms of PTSD overlap with those of other conditions, such as anxiety, depression, and traumatic brain injury (TBI). This is one of the reasons why people with PTSD are often misdiagnosed.

Brain SPECT imaging studies show that people with PTSD tend to have too much activity in the brain. On SPECT scans, overactivity is seen in the limbic system (emotional center), basal ganglia (anxiety center), and anterior cingulate gyrus (the brain’s gear shifter) in what looks like a diamond pattern. Too much activity in these areas is associated with charged emotions, high anxiety, and difficulty moving on from distressing thoughts.

Unfortunately, most psychiatrists never look at the brain, so they can’t detect the brain patterns identified with PTSD. Instead they only assess symptoms, which is why some people are misdiagnosed and given the wrong kind of treatment, which can make symptoms worse.

Brain scans can be very helpful in getting an accurate diagnosis of PTSD. Two studies published by the research team at Amen Clinics showed that brain SPECT imaging is able to differentiate PTSD from TBI with a 94% accuracy rate. By comparison, MRI and CT scans often show “normal” results in people with PTSD, which makes them think they are imagining their symptoms.

Fortunately, there is help and hope for people with PTSD. Enhancing overall brain health can make a big improvement, as can some forms of psychotherapy, as well as EMDR (Eye Movement Desensitization and Reprocessing) therapy, and other strategies. Recognizing that you have a problem and getting an accurate diagnosis are the first steps to overcoming PTSD.

At Amen Clinics, we take a unique brain-body approach to diagnosis and treatment that includes brain SPECT imaging, as well as laboratory testing to check physical health, and other important factors that could be contributing to symptoms of PTSD. By getting to the root cause of your symptoms, we can create a more effective, personalized treatment plan for you.