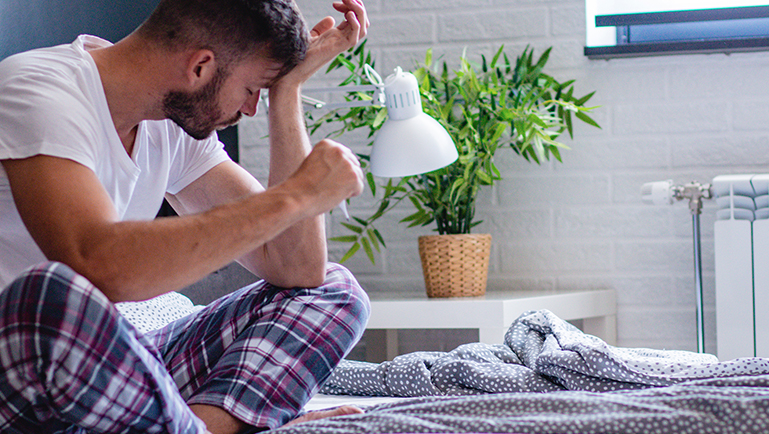 Over 70-million Americans suffer from sleep disorders. In every major psychiatric diagnosis there’s usually a major sleep component as well.

The importance of quality sleep for the brain and body cannot be overstated. A lack of quality sleep can lead to fatigue, anxiety and a disruption of bodily systems. People who suffer from insomnia or sleep disorders (such as sleep apnea) suffer from a host of co-occurring conditions, including pain, obesity, cardiovascular problems, diabetes, hyperactivity, low sex drive, moodiness, anxiety and depression, addictions, gastrointestinal problems, and more. For stable mental health and a full life, you need your sleep!

Types and Treatments of Sleep Disorders

There are 6 main types of sleep disorders:

35% of American adults and 69% of high school students, don’t get adequate sleep at night. In modern sleep medicine we don’t view insomnia as a lack of sleep, but rather excessive wakefulness of the brain.

Hypersomnia is characterized by excessive sleepiness, in which a person has trouble staying awake and can fall asleep at any time. Hypersomnia can be caused by narcolepsy and sleep apnea.

Sleep apnea is a serious sleep disorder characterized by chronic tiredness during the day, snoring, and periods of apnea (temporary cessation of breathing) which can last from seconds to minutes. The primary symptom is excessive daytime sleepiness. The chronic lack of oxygen from the apnea periods is associated with brain damage and early aging. In fact, sleep apnea doubles a person’s risk for Alzheimer’s disease. Sleep apnea costs the U.S. economy $87 billion a year.

Body muscles that aren’t paralyzed during REM sleep allow for muscle movement during dreams. This type of behavior can be violent and even result in injury. It often involves thrashing around at night because of a bad dream, and even hurting yourself or another.

This includes people who work late at night (shift work) or traveling across time zones (jet lag). We can help people adapt to their unique sleep schedule by altering their circadian rhythms.

There are correlations between sleep disorders and other conditions. For example, sleep apnea and major depressive disorder. There’s a 20% concordance between those two disorders, because sleep apnea can look like depression. You have low energy, low mood, concentration problems, and you don’t want to do anything. A lot of kids in today’s world, especially in the obesity epidemic, are misdiagnosed with ADHD and put on stimulants when in fact they may have sleep apnea.

If you or your loved one snores, wake up like you feel like you’ve been hit by a truck, always have disrupted sleep during the course of the night, or feeling sleepy during the day, if you’re thrashing around at night and hurting yourself and don’t know why, if you’re afraid that your partner is stopping breathing at night or is snoring so loudly that you have to sleep in another room, if your kids can’t go to bed at night, can’t wake up on time, there is hope.

Since sleep disorders so often occur alongside other problematic physical and mental health conditions, at Amen Clinics we take the necessary time and do thorough testing to really understand each patient’s challenges and get to the root of the problem. Our goal is to get you back to restful sleep without the use of sleeping pills or sedatives.