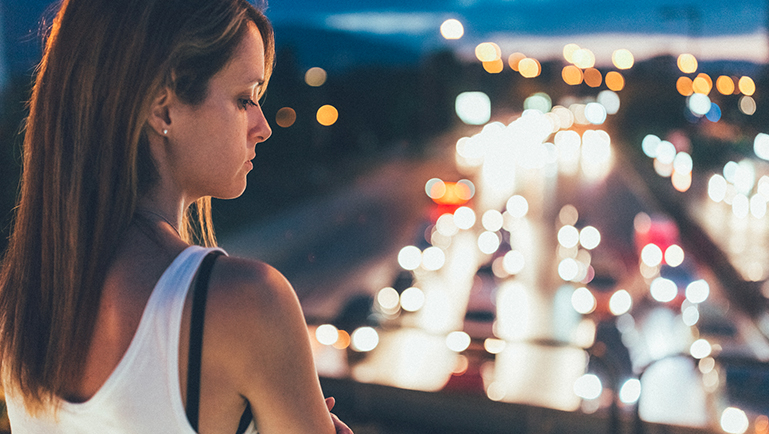 If you are feeling suicidal, or if you fear that the life of a loved one is in imminent danger, please dial 911 or reach out to one of the rescue lines below immediately:

Everybody struggles in life. It’s normal to feel sadness, despair, anxiety, and stress from time to time. But for some people, feelings of deep depression, paralyzing anxiety, or overwhelm become the constant backdrop to your life. You may start thinking your situation is hopeless and there is no way out. The downward spiral may eventually lead to thoughts of suicide or suicidal behavior, which includes talking about suicide or taking action to end one’s life. If you or a loved one has experienced suicidal thoughts or behavior, there’s one very important thing you need to know.

There is hope. And there is help.

You don’t have to struggle alone. At Amen Clinics, we’re here for you, and we can help you find a way out of the pain.

For every suicide there are an estimated 25 suicide attempts, and millions more people who thought about ending their life. The latest figures show that nearly 10 million American adults seriously contemplated suicide in 2017, with the highest prevalence of suicidal ideation occurring in young adults aged 18-25. Suicide rates among teens between the ages of 15 and 19 are rising faster than any other age group with 10% increase from 2014-2017.

WHO IS AT RISK FOR SUICIDAL THOUGHTS AND BEHAVIOR?

People of any age, gender, or ethnicity can struggle with thoughts of taking their own life. Men are more likely to die by suicide, but women are three times more likely to attempt suicide.

Some of the main risk factors for suicide include:

Although it is common to hear that there were no warning signs when a suicide occurs, most people who die by suicide do exhibit some warning signs, such as:

In general, the more warning signs a person exhibits, the greater the risk of suicide.

You may think that other types of self-inflicted injury—such as cutting, burning, or head banging—could be a sign of suicidal thoughts. Although causing physical harm to oneself is very troubling behavior, it is generally carried out as a coping mechanism for dealing with life as opposed to an attempt to end one’s life. Self-harm is considered nonsuicidal in nature, however, up to 40% of people who self-harm think about suicide, and approximately 50%-85% have made at least one suicide attempt in their lifetime. Because of this, it is absolutely critical to seek help for any form of self-harming behavior. Self-injury behaviors can also be a sign of other mental health conditions, such as depression, bipolar disorder, anxiety, and obsessive compulsive disorder, which is why they need to be investigated.

Depression, anxiety, PTSD, and other mental health issues can be major contributors to suicidal ideation and behavior, especially when these conditions go untreated, misdiagnosed, or mistreated. Unfortunately, this is far too common in people who are suffering with symptoms of psychiatric disorders. For example, did you know that more than half of depressed people have what’s known as treatment-resistant depression? This means they’re taking antidepressants but not getting the relief from their symptoms they so desperately want.

In part this is due to the fact that mental health disorders are not single or simple problems. At Amen Clinics, our brain imaging work using SPECT technology has shown that anxiety and depression, ADD/ADHD, and other conditions are not single or simple disorders. We have identified 7 types of anxiety and depression, 7 types of ADD/ADHD, and more. To get relief, you need to know your type.

In people who are suffering from suicidal depression, severe anxiety, paralyzing PTSD, or other issues, scanning the brain can provide vital information.

SUICIDAL THOUGHTS AND BEHAVIOR AND THE BRAIN

Our brain imaging work has taught us so much about the brains of people who have suicidal thoughts and behaviors. We have scanned over 300 people who have attempted suicide and many more who have thought about ending their life. The majority of these people had a tendency to get stuck in negative thinking patterns, were impulsive, were prone to anger and irritability, and showed poor judgment. The combination of negative thoughts, anger, and impulsivity can add up to a dangerous situation.

Some of our main findings include:

Traumatic Brain Injury (TBI): After reviewing over 150,000 functional brain scans related to behavior it is clear that head injuries are a leading cause of mental health issues, such as depression, anxiety and panic disorders, PTSD, ADD/ADHD, substance abuse, psychosis, borderline and antisocial personality disorders, dementia, aggression. Concussions and TBIs also increase the risk of suicide. When the brain has functional damage due to a head injury, it’s critical to heal the brain in order to overcome any mental health problems. At Amen Clinics, 40% of our patients have had a significant brain injury, but they often don’t remember it until they see their brain scan, which clearly shows TBI damage.

Prefrontal Cortex: A large-scale study by researchers at Portland State University found that about 22% of people who died by suicide were legally intoxicated at the time of their death. Brain scans show that alcohol lowers function in the prefrontal cortex, a brain region involved in impulse control, judgment, and decision-making.

Anterior Cingulate Gyrus: People with overactivity in this area of the brain tend to get stuck on negative thoughts, which is one of the traits we see in people with suicidal thoughts and behavior.

Brain SPECT imaging allows us to see imbalances in important brain regions and to identify the subtypes of psychiatric disorders for a more accurate diagnosis. With this important information, we can provide a more personalized and effective treatment plan for our patients.

In addition to utilizing advanced brain imaging to understand how your brain function may be contributing to your despair, we look at all of the biological, psychological, social, and spiritual factors that may be keeping you down. With this comprehensive brain-body approach, we can help you find a path out of the pain toward a happier, more fulfilling life that matters.