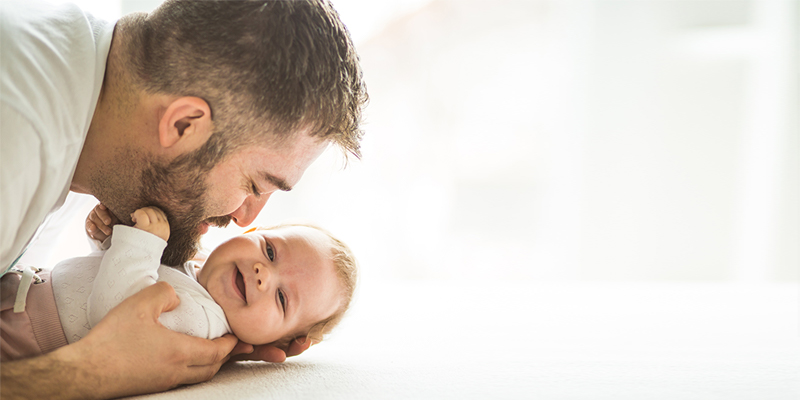 Does Fatherhood Change a Man’s Brain?

Many modern fathers now care for children on a part-time or full-time basis, and when it comes to gay male couples, one parent often assumes the primary caregiver role without the presence of a female.

But, can fathers’ brains emotionally and physically adjust to nurture children in the same way that mothers do?

According to an Israeli study based on a series of research experiments led by Eyal Abraham of Bar-Ilan University, the answer is yes — but that nurturing behavior is driven by different parts of the brain for each type of parent.

The study measured the level of oxytocin produced by mothers and fathers as they interacted with their babies. Oxytocin – the “bonding hormone” — is released in a mother’s brain at time of birth to facilitate bonding. Although present in both genders, only recently has oxytocin been recognized as driving nurturing, trust and affection behaviors in males, too.

For the study, all parent/child interactions were videotaped. Parents then watched videos of themselves with their babies, as well as videos of other study participants with their own babies. While watching, the parent’s brains were scanned using functional magnetic resonance imaging (fMRI) to detect brain activation patterns linked to parental caregiving.

In both male and female brains, the very practice of being a child’s caregiver activated a certain “parental caregiver neural network,” driven by oxytocin levels. Whether a part-time or full-time caregiver, the father’s brains responded and activated in ways similar to the mothers.

The difference was where the neural activity occurred. The fMRI scans revealed that:

At Amen Clinics, we can help you and your loved ones overcome the stigma and suffering associated with ADD/ADHD, anxiety, depression, brain injury, weight loss, addictions, memory issues, brain fog, and other emotional and cognitive issues. If you are ready to regain control over your life, give us a call at 1-888-288-9834 or tell us more.