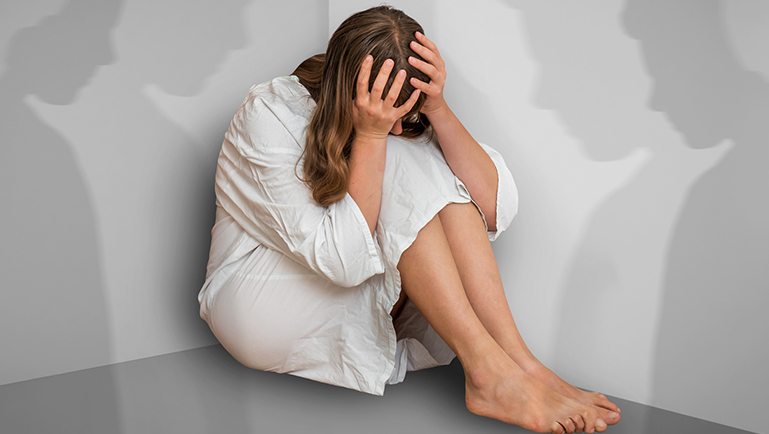 Psychosis is characterized by the temporary inability to distinguish what is real from what isn’t real. Losing touch with reality in this way is called a psychotic episode. During a psychotic episode, a person may see or hear things that don’t exist. They may believe things that aren’t true. For example, people experiencing psychosis often believe they are an important figure. Psychotic episodes can be frightening and confusing and can lead to attempts to self-harm.

Early psychosis, also referred to as first-episode psychosis (FEP), is when an individual first begins to experience a break with reality. Seeking help for psychosis, especially for early psychosis, is critical because the earlier treatment begins, the better the outcome.

It is important to understand that psychosis is not a psychiatric condition, rather it is a symptom of serious mental illness or it can be related to a physical condition.

There are many misconceptions about psychosis. For example, most people think psychosis is rare, but it occurs more frequently than you might imagine. It is estimated that 3 out of 100 people will have a psychotic episode during their lifetime. And each year, approximately 100,000 American adolescents and young adults experience their first psychotic episode.

People also mistakenly believe that people who are psychotic are also dangerous. In reality, they are no more likely to be violent than the general population, however, they may be more inclined to injure themselves.

Psychosis and early psychosis can come on suddenly or may develop gradually over time. Considering that psychosis often occurs in young people, it can be hard for family members to know if it’s just normal teen behavior or if it’s a sign of something more serious. Knowing the early warning signs, which mental health professionals call “prodromal” symptoms, can help.

Warning signs of early psychosis include:

The hallmarks of psychosis include:

During a psychotic episode, a person may have difficulty with everyday functioning. They may feel anxious, depressed, and unmotivated. And they may have trouble sleeping and isolate themselves from friends and family.

If you have a loved one or child who is experiencing psychosis or early psychosis, encouraging them to get help is critical. Early treatment offers the greatest hope of recovery. Be aware, however, that the delusions, disordered thinking, and other aspects of psychosis may make an individual hesitant to seek help. In this case, be calm, kind, supportive, and encouraging when you suggest getting help.

TYPES OF PSYCHOSIS AND RELATED CONDITIONS

Mental health conditions in which psychosis is a primary symptom are known as psychotic disorders. These conditions include:

Psychosis may also be present in other disorders, including:

WHAT CAUSES PSYCHOSIS AND EARLY PSYCHOSIS?

The medical community is still uncovering the exact causes of psychosis, but we have discovered several factors that likely contribute to it. We do know that teenagers and young adults are at increased risk of experiencing an episode of psychosis because of hormonal changes in their brain during puberty.

PSYCHOSIS IN THE BRAIN

Psychosis and psychotic disorders are complex and involve several brain areas. Research in a 2018 issue of JAMA Psychiatry found that people with an initial psychotic episode and later psychosis showed abnormal connections in the brain. Specifically, reduced integration and increased segregation of brain regions disrupts the way the neurons communicate with each other.

Abnormalities in the neurotransmitters dopamine, glutamate, and possibly others cause decreased activity in the prefrontal cortex, the area of the brain involved in decision-making, judgment, forethought, attention, impulse control, and more. Brain SPECT imaging studies on people with psychotic disorders show why incoming information is distorted.

Because there are so many possible contributing factors of psychosis, it is very important to find the root cause (or multiple causes) of your symptoms. For the most accurate diagnosis, visit a mental health specialist who performs brain imaging to identify head injuries or other brain abnormalities, as well as extensive lab tests to detect any infections or other conditions that might be involved.

Brain SPECT imaging, a state-of-the-art brain mapping tool, can be helpful to people with psychosis in many ways. It can:

HOW AMEN CLINICS CAN HELP DIAGNOSE AND TREAT PSYCHOSIS

At Amen Clinics, we use brain SPECT imaging as part of a comprehensive assessment to diagnose and treat our patients. We also perform lab testing and assess other factors—biological, psychological, social, and spiritual—that can contribute to psychosis. Based on all of this information, we are able to personalize treatment using the least toxic, most effective solutions, including helpful forms of psychotherapy, simple tools to kill the ANTs (automatic negative thoughts), natural supplements, nutrition, exercise, and medication (when necessary).