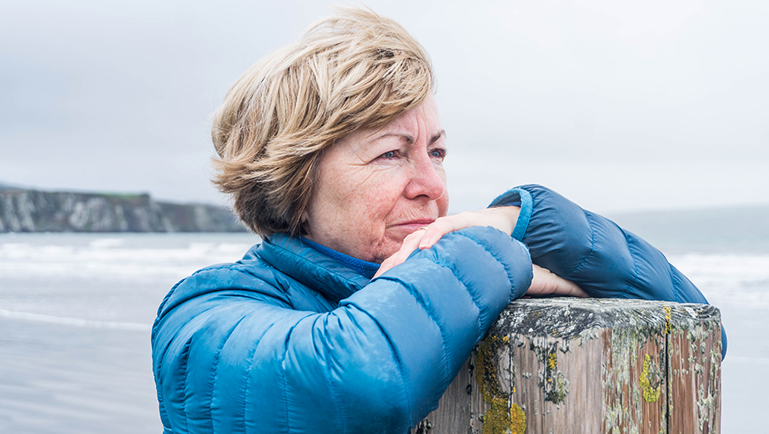 Dissociative disorders involve an involuntary disconnection with memories, emotions, perceptions, and behaviors, as well as with a person’s own identity or sense of self. These symptoms can disrupt cognitive function and psychological wellbeing and can cause problems in every aspect of a person’s life.

Dissociative disorders can occur in anyone, regardless of a person’s age, ethnicity, or socioeconomic level. These disorders affect an estimated 2% of people, and they are more common in women.

THE CONNECTION BETWEEN TRAUMA AND DISSOCIATIVE DISORDERS

Researchers have found a profound link between trauma and the development of dissociative disorders. In fact, it is believed that trauma is the root cause of the condition in over 90% of people who develop the disorder.

Long-term emotional, sexual, or physical abuse in childhood is commonly associated with the condition. Exposure to natural disasters, military combat, or violence may also trigger the development of these disorders. It is believed that dissociation may initially develop as a sort of coping mechanism to deal with ongoing trauma. However, it’s important to note that not everyone who experiences trauma will experience dissociative symptoms.

General symptoms and signs of dissociative disorders include:

All of these symptoms can range from mild to severe. Additional symptoms may occur depending on the type of dissociative disorder that a person has.

There are 3 types of dissociative disorders:

People with dissociative amnesia involuntarily block out important details about their own life. The gaps in memory often center around a specific traumatic or stressful event. In some people, the amnesia may be restricted to specific aspects of an event. In rare cases, the missing information may extend to a broader loss of sense of self or longer periods of a person’s life history.

Dissociative amnesia is not the same as the gradual memory loss that is typically associated with aging or dementia.

This disorder is characterized by recurring feelings of detachment from one’s self (called depersonalization) and/or one’s surroundings (known as derealization).

People may experience one or both of these symptoms.

The average age of onset for depersonalization/derealization disorder is 16, however, symptoms may emerge in earlier in childhood or adolescence. Over 80% of people with the condition experience their first episodes prior to the age of 20. Nearly 50% of adults will experience at least one episode of depersonalization/derealization during their lifetime, however, for it to be considered a clinical diagnosis, it needs to be ongoing or recurrent.

This disorder, once known as multiple personality disorder, is characterized by the presence of two or more distinct identities within the same person. In many cases, these multiple personalities may have distinct names, behaviors, memories and voices. People with dissociative identity disorder (DID) will experience gaps in autobiographical memory, including personal details, daily activities, and traumatic events. Their symptoms also lead to significant problems in everyday life, including at work, at school, and in relationships.

DID is diagnosed commonly in women. However, the number of men with the disorder may be higher than reported because they are more likely to display aggressive behavior rather than the gaps in memory typically seen with DID.

Suicidal behavior and other types of self-harm are especially common in people who suffer from this type of dissociative disorder. In fact, over 70% of people with DID have attempted suicide.

DISSOCIATIVE DISORDER AND THE BRAIN

A a growing body of neuroimaging research suggests that dissociative disorders are associated with changes in a number of brain regions. For example, studies have found links between these disorders and the brain areas associated with the processing of emotions, memory, attention, filtering of sensory input, and more.

Before making a diagnosis of dissociative disorder, it’s critical to investigate any biological factors that may be contributing to symptoms of memory loss or derealization. For example, concussions and traumatic brain injuries (TBIs), substance abuse, and chronic insomnia may cause similar symptoms. This is why it is so important to get a functional brain scan to detect signs of brain-related issues.

Brain SPECT imaging, a state-of-the-art brain mapping tool, can be very helpful to people with symptoms of dissociative disorders. It can:

Understand that there is hope for people with this condition. It is possible to find an effective and comprehensive treatment plan to manage these disorders so you can lead the kind of life you want. A variety of therapies are typically used to treat dissociative disorders, including:

At Amen Clinics, we use brain SPECT imaging as part of a comprehensive assessment to diagnose and treat our patients. We also assess other factors—biological, psychological, social, and spiritual—that can contribute to symptoms of dissociative disorders. Based on all of this information, we are able to personalize treatment using the least toxic, most effective solutions for a better outcome.