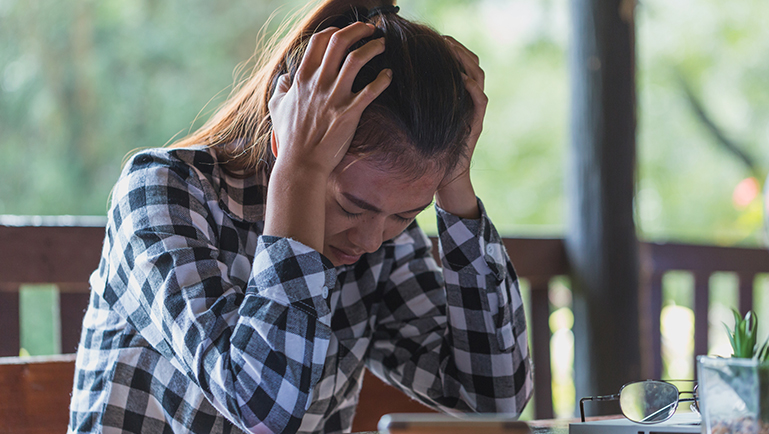 People with complex conditions struggle with a multitude of symptoms related to more than one disorder. For example, it is not uncommon for people to have a mental health condition, such as ADD/ADHD, as well as a substance use disorder, which is known as dual diagnosis or co-occurring disorders. People may also struggle with more than one mental illness, which is referred to as comorbidity or co-existing conditions. In others, symptoms may be associated with multiple mental health conditions, as well as one or more physical health problems (such as traumatic brain injury, hormonal issues, obesity, or infectious diseases), and/or substance abuse. Having complex conditions can seriously impact your day-to-day functioning in every aspect of your life—at work, at home, at school, and in your relationships—and lower your quality of life.

WHO’S AT RISK FOR COMPLEX CONDITIONS?

About 1 in 5 Americans experience some form of mental illness each year, and approximately 45% of them meet the criteria for two or more disorders. At Amen Clinics, we have found that it is also very common for underlying biological conditions to overlap with mental health issues. In fact, a majority of the people who come to our clinics nationwide have complex cases with multiple contributing factors.

A person may suffer from any combination of psychiatric conditions, but some of the more common ones involved in complex cases include:

We have identified 11 key risk factors that damage the brain, steal your mind, and can contribute to symptoms of mental illness. We use the mnemonic (memory device) BRIGHT MINDS to help you remember them.

OTHER FACTORS THAT CONTRIBUTE TO COMPLEX CONDITIONS

In addition to the biological BRIGHT MINDS risk factors, there are psychological, social, and spiritual factors that can fuel mental health problems.

Psychological: How you think and talk to yourself, the running dialogue in your mind, as well as your self-concept, body image, past emotional traumas, upbringing, and significant developmental events may increase your vulnerability for mental health issues.

Social: Toxic or dysfunctional relationships, difficult life circumstances (such as a divorce or the death of a loved one), mounting debt, spending too much time on social media, or socializing with people with unhealthy habits can heighten your risk of psychiatric problems.

Spiritual: A lack of meaning or purpose in your life, feeling disconnected from God or the planet, and having no values or moral code makes you more susceptible to mental illness.

When there is a combination of issues involved, it is even more important to get a complete and accurate diagnosis so all of the contributing causes can be treated. In the traditional healthcare system, however, it can be very hard to get an accurate diagnosis. This is because conventional mental healthcare providers rarely look at the organ they treat and often don’t assess the biological BRIGHT MINDS risk factors or the other psychological, social, and spiritual factors that can contribute to symptoms.

HOW BRAIN IMAGING CAN HELP WITH DIAGNOSIS AND TREATMENT

Brain SPECT imaging can evaluate and detect underlying brain health issues, such as abnormal blood flow and head injuries, as well as identifying brain patterns associated with conditions like ADD/ADHD, depression, anxiety, and substance abuse. Based on our brain imaging work, we have also discovered that not all mental health conditions are alike. We have identified 7 types of depression, anxiety, and ADD/ADHD, and 6 types of brain patterns associated with addiction. Knowing your type is key to getting the most effective treatment.

At Amen Clinics, a majority of the patients we see have complex conditions. Many have already seen multiple healthcare and mental health practitioners and tried several treatments without getting the desired relief from symptoms. We let them know that even if they’ve tried treatment without success, there is still hope.

We use brain SPECT imaging as part of a comprehensive evaluation to diagnose and treat people struggling from complex conditions. We also perform lab work to help us identify any biological issues that could be causing your symptoms. In addition, we investigate the psychological, social, and spiritual factors that may be contributing to your issues.

Importantly, we understand that when it comes to treatment for complex conditions, one size does not fit all. What works for one person may not work for another—or could even make your symptoms worse! Based on your individual needs, we can create a personalized treatment plan for you that addresses all of your underlying issues. We believe in using the least toxic, most effective therapies and strategies to optimize your brain function to help you regain control of your life and feel like yourself again.