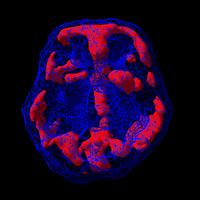 Tanya, a 17-year-old female, was brought for evaluation because of severe temper problems, conduct problems (runaway and school truancy), a 5-year history of alcohol abuse that had escalated in the prior 2 years and depression with suicidal ideation. Her parents felt her behavior was "willful" and she could change if she wanted to change. Initially they were opposed to psychiatric treatment, but reluctantly came after she had a suicide attempt. Her scan revealed marked hyperactivity throughout the cortex in a "ring of fire" pattern, alone with marked increased left basal ganglia activity. She had a nice response to Neurontin and Prozac obtaining more level moods, less temper outbursts and more cooperative behavior. 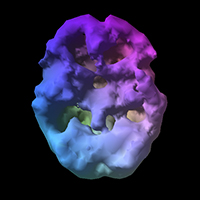 Mark, a 52-year-old married accountant, sought help for problems with concentration, focus, follow through and severe temper problems. He had become physically aggressive on several occasions with his wife. He tended to take things in a negative way and struggled with his memory. Often, for little reason, he would explode and then feel very guilty about his behavior a short while later. He had longstanding school problems, despite getting an MBA degree. After his initial evaluation, he was diagnosed with ADD and a SPECT was ordered to rule out temporal lobe dysfunction. The SPECT study showed marked overall decreased activity, especially in the prefrontal cortex and temporal lobes. He was placed on a combination of Adderall (for ADD) and Depakote (for temper). He had a very positive response to medication. he and his wife reported that he was more focused, better able to follow through on tasks, less irritable and in much better control of his temper. After three years of continued clinical improvement on the same dose of Depakote and Adderall, a follow-up brain SPECT study was ordered to evaluate brain activity subsequent to treatment. The follow-up SPECT study revealed a marked normalization of brain activity.