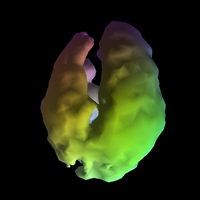 Tim, age 15 with a history of severe conduct problems. He frequently cut school, was defiant and abusive toward his parents, he did not get along with other teens at school and seemed to never fit in. He smoked a pack of cigarettes a day, frequently used marijuana and cocaine, and had already been arrested for shoplifting. He had been in one treatment program and was on his way to a second program when his parents brought him to our clinic.

From an early age, Tim was hyperactive, impulsive, moody and frequently angry – especially whenever someone would tell him no. His temper flared quickly and often over minor or trivial incidences.

His brain SPECT study showed severe damage to his left prefrontal cortex. As it turned out, when he was 18-months-old, he fell down a flight of stairs. His mother said he was never quite the same after this accident. His personality had changed. Because of this injury, Tim unfortunately doesn’t have the capacity for internal supervision that is housed in the prefrontal cortex. Treatments, therefore, were geared toward reducing the underlying rage and activating his prefrontal cortex to help activate auxiliary internal supervision mechanisms. 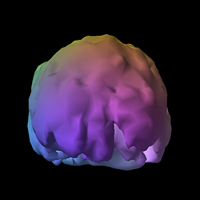 Betty was an 88-year-old woman suffering with cognitive problems. She was brought in by her sister. A SPECT study revealed injury to her frontal lobe. Betty had severe memory problems - she did not know where she lived, her phone number, or her husband's name. When asked about her history of head trauma, all Betty could do was look down and cry. When we asked her sister, she reported that Betty’s 90-year-old husband was abusive to her. Sometimes he would grab her by the hair and slam her head into the wall. The sister wanted Betty to go to the police, but Betty said it would only make things worse.

Her sister saved her life.

We knew that Betty needed to be removed from that environment so Adult Protective Services was contacted. Her SPECT studies convinced the judge that her home held potential danger. He then ordered her to have a conservator, and she went to live with her sister. 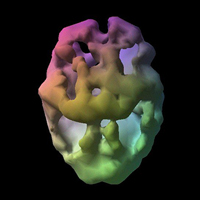 This young woman had her first SPECT scan in 2009. Sadly, we scanned her two years later after she suffered an anoxic brain injury. She had stopped breathing for 10 minutes while very ill. 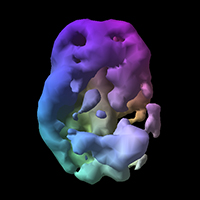 Randy, age 17, sustained a severe blow to the left side of his head. He had a subdural bleed over his left parietal lobe and subsequently developed temper problems, school problems, speech and coordination problems. Note the marked very poor prefrontal cortex and temporal lobe activity.