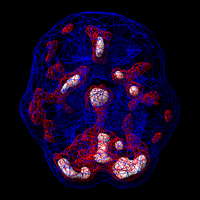 Sarah is a 32-year-old married woman with a history of moodiness, panic attacks, and anxiety. While reviewing her clinical history, she revealed that she had been sexually abused throughout her childhood by her stepfather. She tried to commit suicide three times in her life. Her scans revealed very high activity in the anterior cingulate gyrus, basal ganglia and thalamus—a common SPECT pattern in those suffering with PTSD. 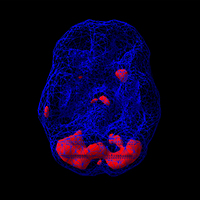 Mark, a 50-year-old business executive, was admitted to the hospital shortly after he tried to kill himself. His wife had just started divorce proceedings against him, and he felt as though his life was falling apart. He was angry, hostile, frustrated, distrusting and chronically anxious. His co-workers felt that he was "mad all the time." He also complained of a constant headache. Mark was also a decorated Vietnam Veteran, an infantry soldier with over 100 kills. He had said that he lost his humanity in Vietnam and that the experience made him "numb." In the hospital he said he was tormented by the memories of his past.

His SPECT study showed marked increased activity in the left basil ganglion. Left-sided basil ganglion findings are often seen in people who are chronically irritable or angry. Mark was placed on Depakote. Almost immediately his headaches went away and he began to feel calmer. He stopped snapping at everyone and he became more able to do the psychological work of healing from his divorce and the wounds from Vietnam. The medication and therapy allowed him to relax, and feel, for the first time in 25 years, that he had truly left the war zone. 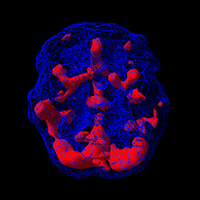 Linda was 26 years old when she first visited Amen Clinics. She had a history of 2 prior violent rapes (age 15 and 22), a physically abusive love relationship, along with experiencing the deaths of 8 friends (age 14-16). Her symptoms were depression, anxiety, worry and drug use. Her baseline SPECT study showed marked overactivity in the cingulate (problems shifting attention), basal ganglia (anxiety) and limbic areas (depression and mood dyscontrol). After 4 psychotherapy sessions with EMDR and 1 month of St. John's Wort, Linda felt significantly better.