Lyme Disease and Other Infections 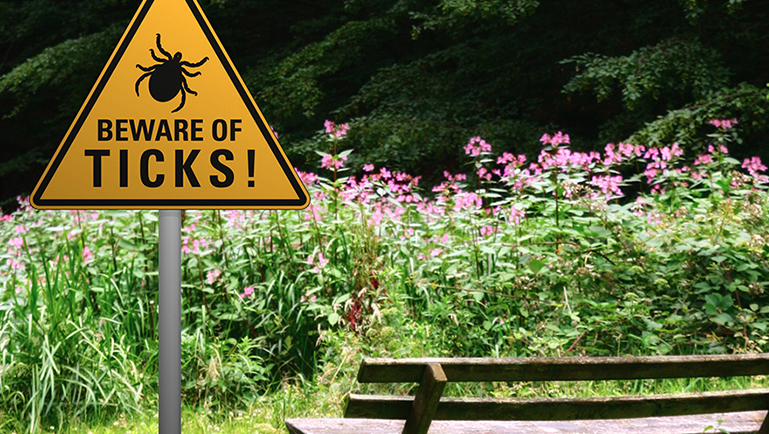 Lyme disease (Borrelia burgdorferi) is a bacterial infection caused by the bite of an infected black-legged tick, also known as a deer tick. This disease has been vastly under-diagnosed in the U.S. due to inadequate testing methods and a general lack of acknowledgment by the medical community.

If the infection is caught early, antibiotics can often successfully treat it and avoid any lasting problems. Sadly, many people don’t even realize they have been bitten by a tick. One study showed that only 17% of those surveyed recalled being bitten. When Lyme disease remains undiagnosed, it allows the infection to fester, wreak havoc on the immune system, cause a host of inflammatory responses, reduce blood flow, and impair healthy brain function.

Lyme disease isn’t the only infection that can interfere with brain function. Bacteria, parasites, viruses and other infectious agents that can cause inflammation and lead to brain disorder include:

Lyme disease, as well as these other infectious agents, can mimic or cause a multitude of symptoms. Some of these will be explored in greater detail below.

NEUROPSYCHOLOGICAL SYMPTOMS OF LYME DISEASE AND OTHER INFECTIONS

It is well known that Lyme disease and other infections can cause physiological symptoms, including fevers, swollen glands, sore throat, headache, and joint pain or swelling. But many people are unaware that they can also lead to cognitive and neuropsychological issues.

70% of those afflicted with Lyme disease report changes in their thinking, such as memory loss and reduced mental sharpness.

WHY LYME DISEASE AND BRAIN INFECTIONS ARE OFTEN MISDIAGNOSED

Because untreated Lyme disease and other brain infections can mimic or lead to psychological symptoms and cognitive issues, people with infections are often misdiagnosed with psychiatric illnesses or cognitive dysfunction.

Lyme disease can be misdiagnosed as or lead to:

Streptococcus can be misdiagnosed as or lead to:

Toxoplasma gondii can be misdiagnosed as or lead to:

Traditionally, the medical community has dismissed the fact that infections can be associated with these types of symptoms, but that is changing. A 2016 editorial in the Journal of Alzheimer’s Disease written by a worldwide group of 33 scientists suggested the medical community has been neglecting to look at infectious diseases as a root cause of many memory problems, including Alzheimer’s disease and other dementias.

THE CONSEQUENCES OF IMPROPER DIAGNOSIS AND TREATMENT

When people with undetected Lyme disease or other infections are misdiagnosed with psychiatric illnesses or cognitive dysfunction, treatments often don’t work. And in some cases, they can make symptoms worse. Without the appropriate treatment, the infection persists, causing further injury to the brain.

This can eventually lead to trouble in all areas of your life, including decreased productivity at work, poor school performance, and problems in relationships. Without the appropriate treatment, Lyme disease or other infections can steal your mind and steal your life.

For people who are not responding to treatment for their symptoms, it is very important to investigate whether an underlying infection may be contributing to the issue.

When these abnormal brain patterns are visible, it indicates a potentially infectious process at work. When we see evidence of infectious disease on SPECT scans, we look for it with additional testing.

With a comprehensive evaluation, you can get an accurate diagnosis and a treatment plan that is targeted to your needs.

At Amen Clinics, we have extensive experience diagnosing and treating Lyme disease and other infections, and particularly the neuropsychiatric symptoms that these infections can cause. Unlike traditional psychiatry, which remains the only medical field that rarely looks at the organ it treats, Amen Clinics use brain SPECT imaging to take the guesswork out of psychiatry. Based on our brain imaging work—over 150,000 functional brain scans and growing—we can identify patterns in the brain that suggest an infection may be the root cause of symptoms.

Our brain SPECT scans can also:

At Amen Clinics, we also assess other factors—biological, psychological, social, and spiritual—that can contribute to symptoms and offer the least toxic, most effective treatments and strategies to optimize these areas of your life.