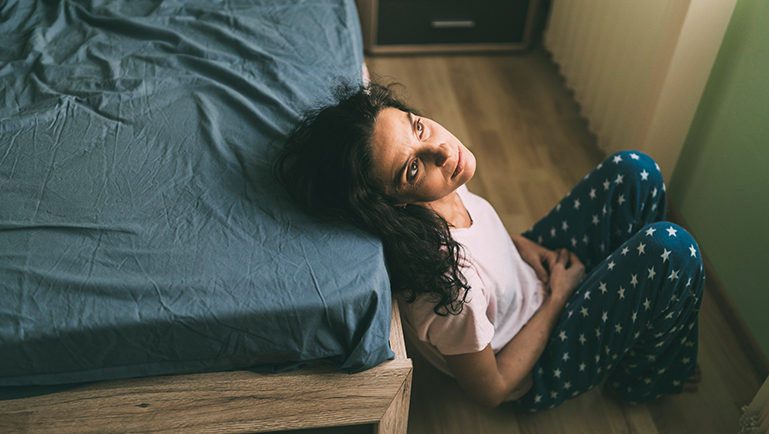 Mania and hypomania are symptoms that are often seen in people with bipolar disorder (also known as bipolar spectrum disorders, or BSD) and sometimes in people with schizophrenia or schizoaffective disorders. However, you don’t have to have these mental health conditions to experience mania or hypomania.

THE DIFFERENCE BETWEEN MANIA AND HYPOMANIA

Mania is a mood disturbance in which you feel unusually energized, excited, euphoric, and able to accomplish anything. Manic episodes may last a week or more. During a manic episode, you may impulsively start several projects at once and stay up all hours of the night to work on them. However, you may not complete any of them. These behaviors can interfere with everyday life and in some cases, may be so severe that a person requires hospitalization.

Hypomania episodes are similar, but they are less intense than those of mania. Episodes may last only a few days, and you may simply feel like you have a surge of good energy. It’s likely that you’re able to meet your daily demands.

With both mania and hypomania, friends and family members may notice the changes in your mood and behavior, but you may be unaware of them.

SYMPTOMS OF MANIA AND HYPOMANIA

Mania and hypomania are characterized by a heightened sense of physical and mental energy and may include the following symptoms.

After a manic episode, it’s common for people to feel ashamed about their behavior. You may have taken on new responsibilities that are unmanageable when you aren’t filled with abnormal energy levels. Many people feel extremely fatigued following a manic episode and require a lot of sleep.

During a manic episode, a person may experience more serious consequences, such as a break from reality or symptoms often seen in psychosis or schizophrenia, including:

If a spouse, family member, or loved one exhibits these serious symptoms, contact their psychiatrist or physician immediately.

These symptoms are not present in hypomania.

Left untreated, mania—and hypomania—can have a negative impact on your life. When dramatic mood and energy level changes get in the way of work, school, relationships, or everyday functioning—that’s when you need to seek help.

WHAT BRAIN SPECT IMAGING SHOWS ABOUT MANIA AND HYPOMANIA

Mania and hypomania are often misdiagnosed as bipolar disorder, schizophrenia, psychosis, or even ADD/ADHD. Making the distinction between someone who has manic or hypomanic episodes and someone with these other mental health conditions is critical because following the wrong treatment plan can make symptoms much worse. This is why it is so important to look at the brain with SPECT imaging to get an accurate diagnosis and treatment plan.

SPECT brain scans also show that many people with mania or hypomania have experienced a traumatic brain injury that has never been properly diagnosed and treated. For these people, healing the underlying TBI can be very helpful in overcoming their symptoms.

Since 1989, Amen Clinics has helped tens of thousands of people overcome mental health disturbances, such as mania or hypomania, with targeted solutions that are proven to produce higher than average success rates.

We believe in taking a unique brain-body approach to treatment that involves the least toxic, most effective strategies. This includes utilizing natural supplements, nutrition, exercise, helpful forms of therapy, and medication (when necessary)—all personalized for your needs.

Our brain SPECT imaging helps increase compliance by monitoring treatment progress over time. With improved compliance comes a reduction in symptoms. Seeing your brain also reduces emotional pain by showing that symptoms and behaviors are not mental problems, they’re medical problems. Brain imaging tests also help family members and loved ones gain a better understanding of your condition and encourages more support as you go through the healing process.