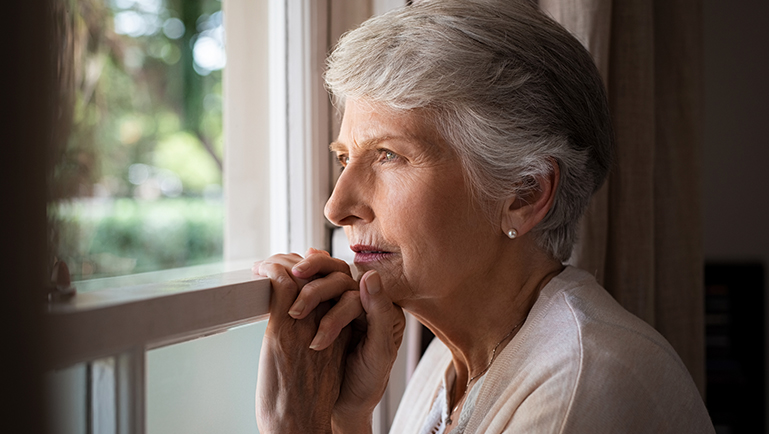 Did you know that as we get older, we lose about 85,000 brain cells a day? Thank goodness we have 100 billion of them to start with!

But did you also know that in spite of the natural process of aging, you actually have a choice in how fast your brain ages? What you chose to do—in other words, your behavior and habits— can speed up or slow down the rate at which your brain declines with age. Being mentally and physically active, eating nutritious foods and avoiding unhealthy habits can help you maintain optimal brain health and ward off dementia.

Dementia is an overall term that refers to a category of degenerative brain diseases that affect important brain functions, causing:

Alzheimer’s disease is the most well-known and prevalent type of dementia, but there are several others (discussed below).

There is no known single cause of dementia; rather, there are a number of risk factors that may lead to this devastating condition, including

With the exception of genetics, most of these risks are preventable!

What’s the Difference between Memory Problems and Dementia?

Occasionally losing your keys or forgetting someone’s name does not necessarily mean you are getting dementia; however, progressive memory problems and a decline in cognitive skills may be warning signs—especially when combined with any of the risk factors listed above.

Science now knows that dementia processes start in the brain decades before symptoms appear. One of the great contributions of SPECT imaging is that it can show the abnormal patterns of dementia early in the course of the disease, and in some cases, even before symptoms develop. Detection with SPECT gives people the opportunity to get treatment in the early stages—when it will be most effective.

SPECT also can identify the different patterns of dementia

This is critical information because the varying types of dementia often have similar looking symptoms (at least in the early stages), but each type has its own “signature” blood flow pattern in the brain that is revealed with SPECT imaging. Identifying the type of dementia a person has is so important because the treatment that works best for one type may not be effective for another type.

Alzheimer’s disease accounts for 60-80% of dementia cases. Approximately 5.2 million people in the U.S have already been diagnosed, and that number is expected to nearly triple by the year 2050! Its signature brain pattern is low activity (blood flow) in the posterior cingulate gyrus, parietal lobes and temporal lobes. In later stages of Alzheimer’s, the low activity often extends into other areas of the brain, including the frontal lobes.

Frontal-temporal lobe dementia is a neurodegenerative disease that affects the function of the frontal and temporal lobes, as its name suggests. This disease causes decreased blood flow and low activity in these important areas of the brain that are in charge of thinking, behaving and memory.

It’s estimated that 10-15% of people with dementia have this type. People with frontal-temporal lobe dementia often develop it in their 50s and 60s, although earlier onset is possible. Sometimes this type of dementia is incorrectly diagnosed as late onset bipolar disorder because some of the symptoms look similar. It’s so important to know what is really going on by looking at the brain. The SPECT images for these two disorders are vastly different!

Alcohol Related Dementia is caused by excessive use or abuse of alcohol. Alcohol is toxic to the brain, thus heavy long-term use impairs brain function over time, making the brain vulnerable to a degenerative process. With SPECT imaging, we will typically see a widespread pattern of low blood flow in the brain

It is also thought that vitamin deficiencies (especially a lack of thiamine), which are commonly found in alcoholics, play an important role in alcohol related dementia.

It is estimated that 10% of dementia patients are suffering from vascular dementia. This type of dementia occurs as a result of diseases and conditions that inflame or damage blood vessels and consequently restrict blood flow in the brain. These include:

With stroke, a person may develop dementia symptoms right afterward, depending on the area that has been damaged; however, symptoms can also develop over time as a result of the artery disease affecting the brain. A person who has “mini strokes”—also known as TIAs that cause multiple small blockages in the brain—may also be vulnerable to vascular dementia.

Symptoms of vascular dementia can vary depending on which areas of the brain are most affected by the disease and may include several of the following:

SPECT imaging will reveal areas of low blood flow, although the specific pattern for each person will vary based on the brain areas affected by the vascular dementia.

Normal Pressure Hydrocephalus (NPH) is caused by an abnormal build-up of fluid in the brain, causing the ventricles to enlarge and press on areas of the brain involved with walking, bladder control and cognitive processes.

NPH causes symptoms that can mimic those seen in Alzheimer’s disease and Parkinson’s disease, so people suffering with NPH are often misdiagnosed. A SPECT scan can be extremely helpful in differentiating NPH from actual dementia so that a person can get the urgent medical attention and correct treatment needed for this potentially debilitating condition. If identified and treated early (before brain damage has occurred), the dementia symptoms of NPH often can be reversed.

Pseudodementia is a condition in which a patient has another disorder—such as depression —yet has symptoms that mimic dementia (i.e. memory problems and behavior changes), but does not actually have dementia. The role of SPECT imaging is important for revealing the underlying cause of symptoms, since the treatment for depression (as in this example) is very different than that for dementia.