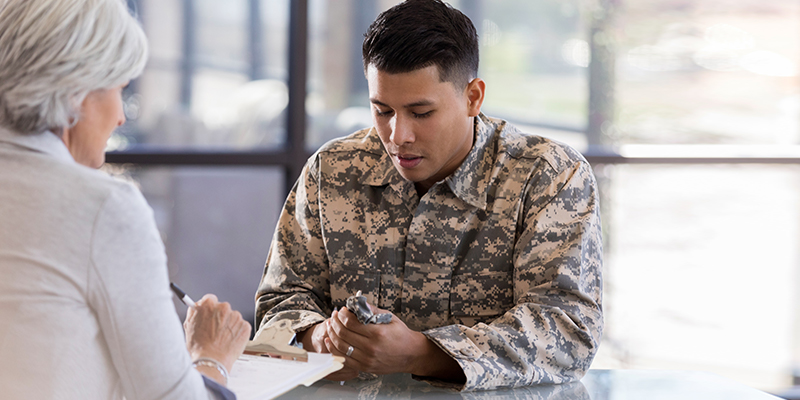 A Better Way to Honor Our Veterans

Veterans with PTSD are over four times more likely to have suicidal thoughts as those who don’t suffer from the condition. And those who have suffered multiple traumatic brain injuries are twice as likely to consider suicide compared with those who have experienced a single TBI or no brain trauma. These conditions also increase their risk of homelessness, incarceration, and substance abuse.

In 2008 Capt. Patrick Caffrey was deployed in Afghanistan with the Second Battalion, Seventh Marines (2/7) Combat Engineer Platoon. The combat engineer officer was tasked with an intense mission—detect and clear mines and Improvised Explosive Devices (IEDs) from roads so the infantry and convoys could pass through safely. Helping protect Caffrey and his platoon were new, specially armored vehicles. “They could take an enormous blast, and you’d be able to walk away unscathed—or so we thought,” he says.

While in Afghanistan, Caffrey experienced three blasts and sustained three concussions, but he walked away each time. He was no stranger to concussions; he had already had five or six of them from playing sports and other injuries. But he felt okay, so he thought everything was fine.

Over time, Caffrey’s personality began to change. “I was more irritable than ever, I had intense headaches, trouble focusing and concentrating (particularly listening to what people were saying), trouble with memory, and an inability to sleep,” he says. “I was rude and nasty to people and the worst part was that I didn’t really know just how much I had changed.”

The Problem with Overlapping Symptoms

Caffrey isn’t alone. Since 2000, more than 500,000 veterans and active military personnel have been diagnosed with PTSD, TBI, or both. Unfortunately, these debilitating brain issues can be difficult to distinguish because they share many of the same symptoms, including:

In the field of psychiatry, diagnoses are typically made by looking for symptom clusters. For this reason, PTSD and TBI can be misdiagnosed, which can have dire consequences.

The Consequences of Guesswork

Misdiagnoses and treatment failures mean our nation’s veterans can spend years trying to get relief for their symptoms. In the meantime, haunting memories and debilitating symptoms can hold them captive and get in the way of work, relationships, family life, and life itself.

Although our society has engineered advanced robotics that is helping troops heal from the physical damages of war, we as a nation are failing our veterans on the mental health front.

The Veterans Administration, like most in the field of psychiatry, continues to diagnose and treat people based on symptom clusters, the same way mental health professionals have been practicing for over 100 years. In terms of treatment, they are basically throwing darts in the dark at the problem.

The current administration has established a task force on veteran suicide that will research ways to prevent and treat the problem. This sounds promising, but if we continue to throw money at an outdated treatment model, we will lose the battle.

We can do better.

“The traditional model isn’t working. The system that is supposed to be supporting our veterans is failing them,” according to Dr. Jomar Suarez at Amen Clinics Northern California, who is involved in research that is looking at how brain imaging technology called SPECT can help reverse these devastating trends.

A study led by Amen Clinics that appeared in 2015 issue of PLOS One found that SPECT brain imaging technology, which measures blood flow and activity in the brain, could effectively distinguish PTSD from TBI with a 94% accuracy rate. By comparison, MRI and CT scans often show “normal” results, which makes veterans think they are imagining their symptoms.

According to the SPECT research study, which was ranked #19 on Discover Magazine’s Top 100 discoveries of the year in 2015, patients with TBI show decreased activity in certain areas of the brain. In PTSD patients, however, there is increased activity in some brain regions.

In an effort to get an accurate diagnosis and the right treatment, Caffrey decided to undergo the brain imaging test. His SPECT brain scan revealed damage to his right temporal lobe, which explained his behavioral and cognitive changes, headaches, decrease in ability to focus and concentrate, and memory issues. There was also too much activity in some regions. The SPECT findings, combined with his personal history and symptoms, indicated that he had both PTSD and TBI.

“Boy, did I underestimate the value of actually looking at the brain when you have a brain problem!” he said.

Additional research is currently underway to investigate if adding SPECT brain imaging to the traditional model practiced at the VA could improve diagnostic accuracy and treatment effectiveness within the veteran population for other conditions, such as depression, as well as suicide prevention.

Preliminary data from a 2019 SPECT research project being undertaken by Amen Clinics and No Vet Alone on a small group of veterans showed promising results. Among the participants who were taking medication and still experiencing disabling symptoms, “75% had SPECT scans that suggested a different medication might be more effective,” says Suarez. “This suggests that with SPECT, we can avoid a lot of the trial-and-error involved in the traditional model and target and treat brain imbalances more effectively.”

This most recent project, which Suarez hopes to expand to a larger research study, showed other potential benefits of brain imaging. For example, among the veterans who were opposed to taking medications due to past treatment failure, seeing their brain scans opened their mind to taking medication targeted to their needs.

In addition, in 100% of the veterans involved, SPECT brain scans suggested additional therapies beyond medications that might help, including hyperbaric oxygen therapy, neuromodulation, EMDR, nutritional supplements, and more.

Suarez says one of the overarching goals of the project is to identify brain imaging biomarkers that may help predict veterans who are suicidal and ultimately prevent suicide.

A Path to More Effective Treatment

In Caffrey’s case, the brain scan helped create a rehabilitation program that was targeted to treat both conditions. “I felt a dramatic difference right away,” he says. “I felt more mentally sharp and focused than ever.” Caffrey has continued to improve and says, “Ultimately, the scan was my gateway tool to a set of brain healthy strategies that I still use to have a better brain and a better life.”

Capt. Caffrey’s brain scan was performed at Amen Clinics, which has the world’s largest database of functional brain scans and is where the 2015 PLOS One brain imaging study was conducted. Amen Clinics has treated hundreds of people, including veterans, with TBI, PTSD, and other co-existing conditions and is able to tailor more effective treatment plans based on SPECT brain imaging technology.

If symptoms of PTSD, TBI, or co-existing conditions are impacting your life or you aren’t responding to treatment, call 888-288-9834 to speak to a specialist or schedule a visit online. 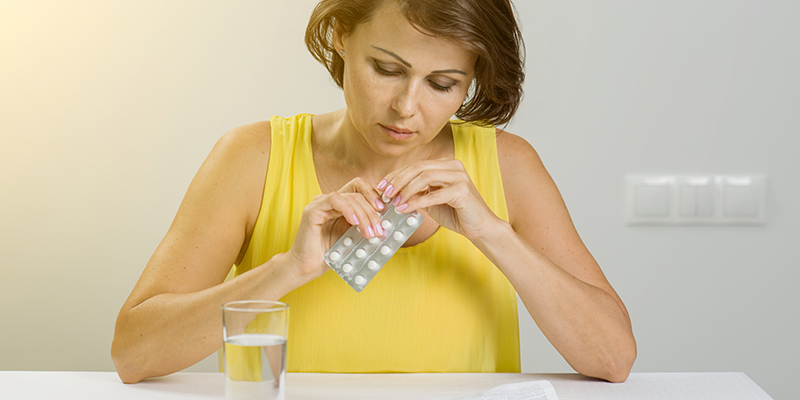 1 in 3 Americans are Suffering from Anxiety and Depression—Are You One of Them?
June 2, 2020 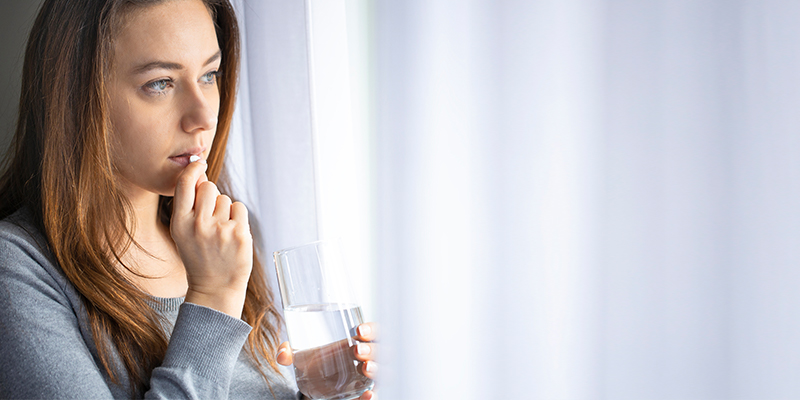 11 Alternatives to Antidepressant Medications
May 21, 2020