Researchers used sophisticated neuroimaging and powerful predictive analytics to reveal decreased blood flow in specific brain regions and correlate these findings with cognitive and behavioral impairment, according to a new report in the Journal of Alzheimer’s Disease.

“This report opens the study of traumatic brain injury to well-established brain imaging approaches,” commented George Perry, Ph.D., Editor in Chief of the Journal of Alzheimer’s Disease. “The findings suggest that brain hypoperfusion may play a role in the development of the clinical changes seen in NFL players.” 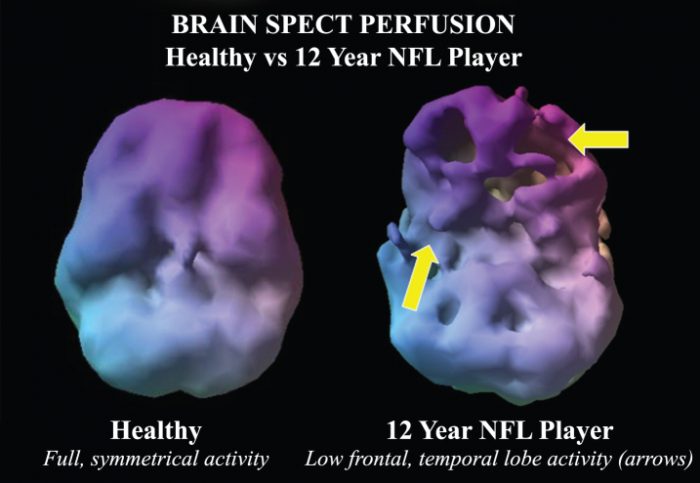 This study used cerebral perfusion imaging with single-photon emission computed emission tomography (SPECT) to examine the brains of the largest group of retired and current NFL players investigated to date, a total of 161 individuals with an average age of 52. Looking at blood flow to every region of the brain, researchers were able to identify areas of abnormally low blood flow. Combining this information with a leading-edge quantitative approach called machine learning allowed them to distinguish NFL players with abnormal brain patterns compared to healthy controls with 92-94% accuracy.

“Without functional imaging studies like SPECT, it is very difficult to know if brain trauma is present and which areas are affected,” explained lead author Daniel G. Amen, MD, Amen Clinics, Inc, Costa Mesa, CA. “Structural studies often appear normal but what we can do better with functional neuroimaging with SPECT is not only pinpoint specific areas of the brain that are unhealthy with low blood flow but also demonstrate their improvement with successful brain rehabilitation treatments in persons like football players.”

Co-author Dr. Bennet Omalu who originally described CTE as depicted in the movie Concussion, featuring Will Smith added, “What our current work is doing in addition to other imaging modalities builds the foundation between identifying the negative effects of head trauma on the brain while the patient is still alive so that we can intervene with better treatments.”

Investigators determined that on average the NFL players had lower blood flow in 36 areas of the brain. The decreased blood flow in the following six regions of the brain was the most important in determining who had football related health trauma: anterior superior temporal lobes, rolandic operculum, insula, superior temporal poles, precuneus and, cerebellar vermis. These same regions function in memory, mood, and learning. When damaged, they can produce cognitive and psychiatric problems as evidenced by the fact that 83% of players in this study had memory problems and 29% of them had a history of depression.

According to lead investigator Cyrus A. Raji, MD, Ph.D., University of California Los Angeles Medical Center, “This convergence of a critical research question of high national interest, functional neuroimaging, and new computer-based predictive analytics makes this study both intriguing and impactful. It is of key importance not only for the neurological safety of football players but for the general public as well.”

How can you really know if you have a head injury unless you get an image of your brain? Brain SPECT imaging is the best tool for determining if your brain has suffered functional damage from a concussion or TBI—CT and MRI studies aren’t sensitive enough to do this.

If you’ve had a concussion or TBI and are experiencing anxiety, depression, aggressive behaviors, or memory loss, call us today at 888-288-9834 or visit us online to schedule a visit 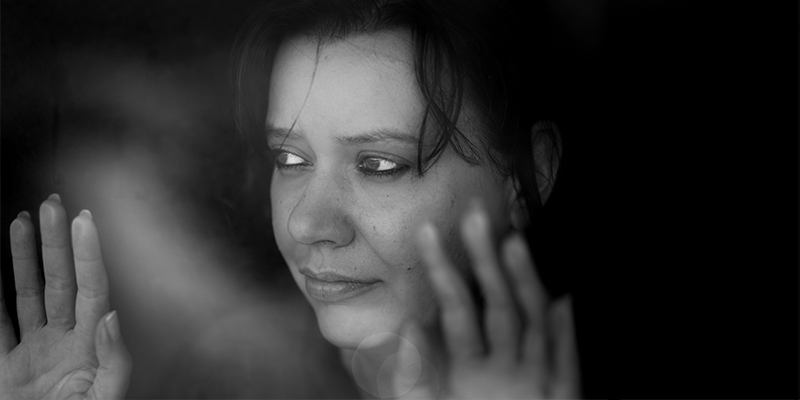 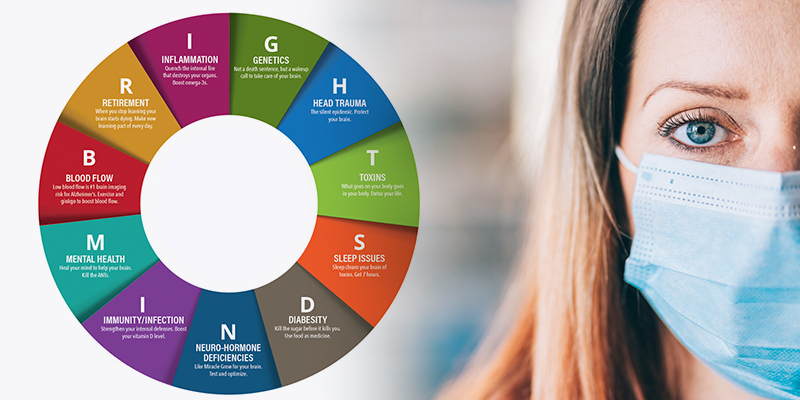 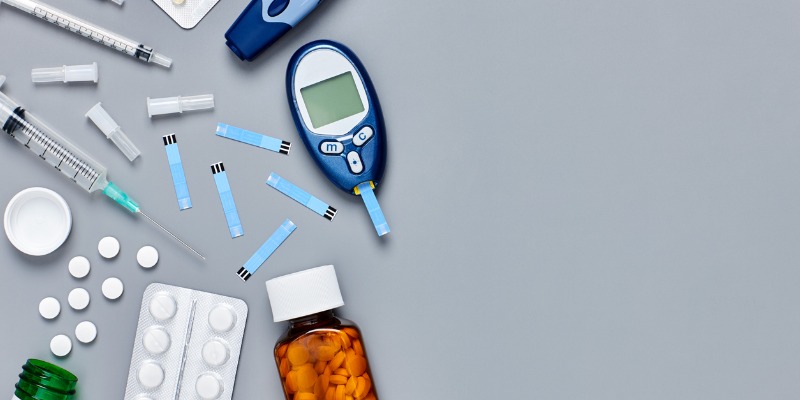