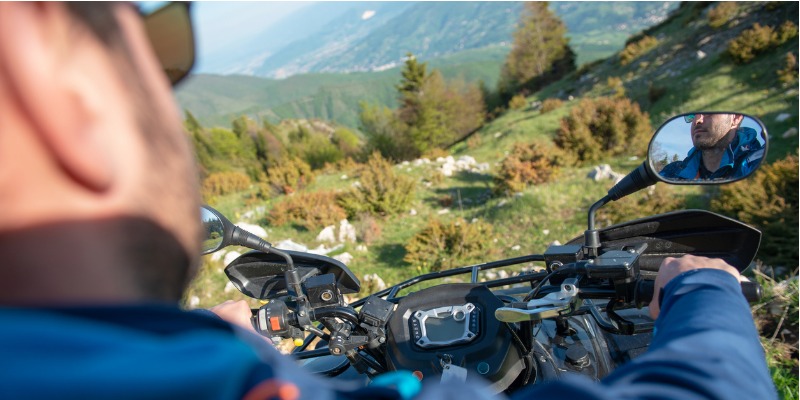 Case Study: Concussions and TBI are a Silent Epidemic

The number one thing that I’ve learned while working at Amen clinics for the past 7 years is that brain injuries are a major cause of mental illness. What’s more, is that it’s not being recognized. Concussions and mild traumatic brain injuries are a silent epidemic because it’s not being recognized as a cause of mental illness. By evaluating the CAUSE of a mental health problem, at Amen Clinics we often find that it is a BRAIN HEALTH problem such as a brain injury, toxin, deficiency in nutrients or hormones or an infection like Lyme disease. Let’s take the case of Brandon a 17-year-old young man from Kansas who came to see me earlier this year.

It was a warm summer night, and Brandon felt like he was on top of the world racing his four-wheeler back towards his parent’s farmhouse. The earthy smell of the Kansas Prairie filled his nostrils as he accelerated up the hill and headed around the corner, but he was going too fast and when his front right wheel hit a rut, the 400lb vehicle flipped over, and Brandon hit the ground 30 feet away and was knocked completely unconscious. When he woke up, what must have been several hours later, he was disoriented, and his head was pounding. He staggered the ½ mile back to the farmhouse. Brandon hadn’t noticed the blood dripping down the back of his head and soaking his t-shirt. His mother immediately called 9-1-1 and he was taken to the nearest emergency room which was 20 miles away.

At the emergency room, he was evaluated and a CT scan of his head and neck was performed. He had a skull fracture and subdural hematoma which explained the pounding in his head and dizziness. He was flown to the nearest trauma center for stabilization and surgery. After surgery, he felt 100% back to normal and was released shortly thereafter. Brandon was considered essentially cured with directions to not do any strenuous mental or physical activity and to rest for the next month.  He was lucky that he had survived, and he was expected to make a full recovery.

However, Brandon had difficulty finishing his senior year of high school. He felt depressed, fatigued and uninterested in school. He started playing video games all night and smoking pot. He graduated and couldn’t wait to get out of his house and go to college at the University of Kansas. However, when he got there it was more of the same, video games and cannabis were the only things that made sense to him at the time and he didn’t make it through a full semester.

His parents had no idea what to do for him at this point their previously straight A/B student had turned into a video game junkie and pothead. Thinking this was merely video game addiction they sent him to treatment for tech addiction of which there is one near Amen Clinics in Seattle called ReSTART.

He was prescribed Prozac to help with depression and began to make progress, however, he still struggled with motivation, organization, and he was diagnosed with ADD as well.

When we scanned his brain, it was clear that he had had a brain injury because we could see the injury clearly. He had a pattern called “crossed cerebellar diaschisis.”

To make the most out of his treatment and to improve his chances at having a self-sufficient life we needed to make some changes.

We started him on supplements to target the brain damage (Brain & Body Power Max) and supplements for his prefrontal cortex (Focus and Energy). He had more of an “acquired ADD” which was due to brain injury vs. an ADD that he was born with. There are no medications for brain injury that help to heal the brain but there is good evidence that supplements, diet and lifestyle changes can. Amen Clinics published on this in 2011 with 30 Retired and Active NFL football players who were put on this same program and rescanned to demonstrate improvements.

Things began to come into focus for Brandon. He began to improve his motivation and engage in his recovery in earnest.

Another key to healing was Brandon’s diet. He had an interest in eating good food but didn’t know a frying pan from a pizza pan. Once we discussed that his brain uses 20-30% of the calories in his diet and that an injured brain often has difficulty fueling itself he was eager to try a few things. One of the dishes he learned to make was an egg scramble with vegetables like peppers, chard, and broccoli adding salt and pepper and curry powder. With protein, his blood sugar would be more stable, and his focus improved.

20-50% of patients with brain injury have damage to the pituitary gland. With a simple blood test, we were able to determine that Brandon had low testosterone and that it was due to a problem in his brain vs. of those with his testicles. Brandon had a condition called secondary hypogonadism were because of the damage to the pituitary gland in his brain testes were no longer getting the signal to produce testosterone. Signs of low testosterone are depression, fatigue, low sex drive, and irritability. All symptoms that Brandon was struggling with.

While Brandon’s energy and motivation had improved somewhat in about 8 weeks on the supplements, he received an additional benefit in mood, energy and drive with replenishing his testosterone stores. He found that he was more motivated to begin looking for work part-time while he transitioned out of the intensive stages of his treatment. At this point, Brandon’s depression had entirely lifted and he was hopeful. After 3 months however his treatment had plateaued, and he was still having some lingering memory and energy problems in that his endurance was not quite what it used to be when he was exercising, and he would become very sleepy if he read for too long.

We decided that he would embark on a series of HBOT (hyperbaric oxygen therapy treatments) and after 40 sessions he now felt in many ways better than he did before the accident. In part, he had grown up through the help he gained with treatment at ReSTART to help him structure his life and learn social skills and the day to day life skills that he would need to be independent and the brain function and healing that he would need to perform at an optimal level in both his relationship and his choice of work or schooling for the future.

What started out as a tech addiction, cannabis addiction and depression could be traced back to the sudden change in Brandon’s behavior after his brain injury. However, no one thought that healing his brain would be the key to his healing. Now it makes sense that was the only way he was going to have a chance at living a life with much higher functionality. At Amen Clinics we believe that taking a thorough look at the brain is a key to unlocking the answers that lead to lasting and sustained healing for patients.

Dr. Kabran Chapek has been a staff physician at Amen Clinics since 2013. As a graduate of Bastyr University in the Seattle area, he is an expert in the use of functional and integrative treatments and collaborates extensively with many of the Amen Clinics physicians. He has a special interest in the assessment and treatment of Alzheimer’s and dementia, traumatic brain injuries, PTSD, and anxiety disorders. Dr. Chapek is the founding president of the Psychiatric Association of Naturopathic Physicians, an affiliate group of the American Association of Naturopathic Physicians. 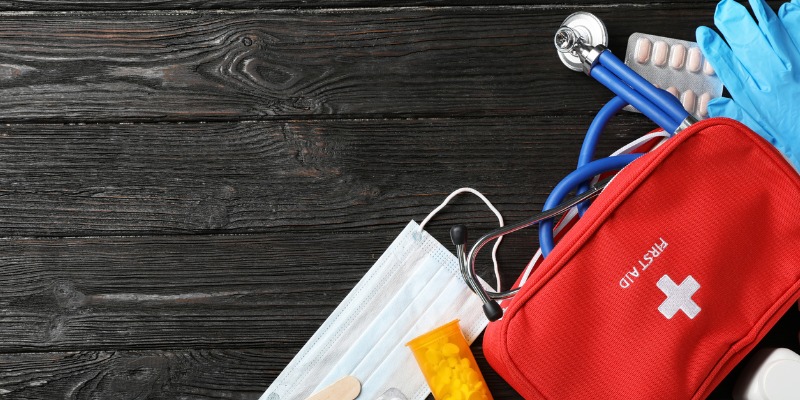 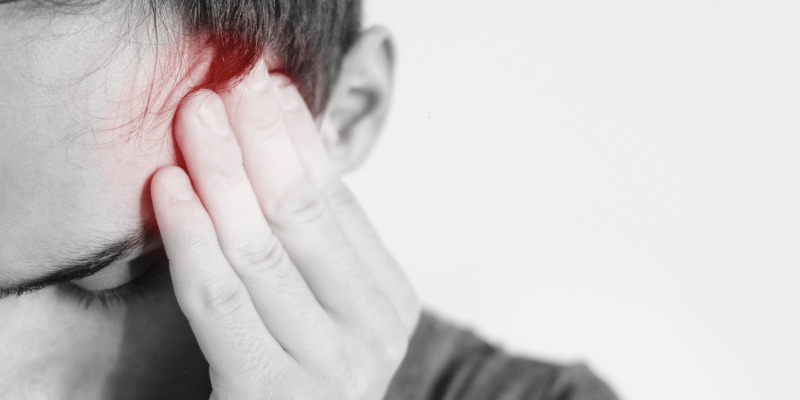 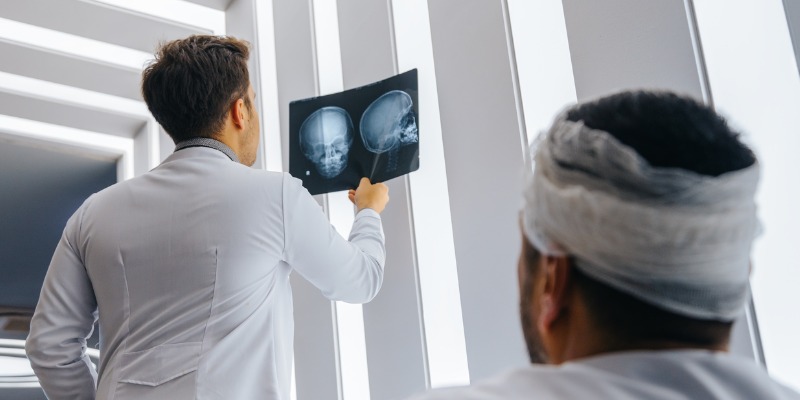