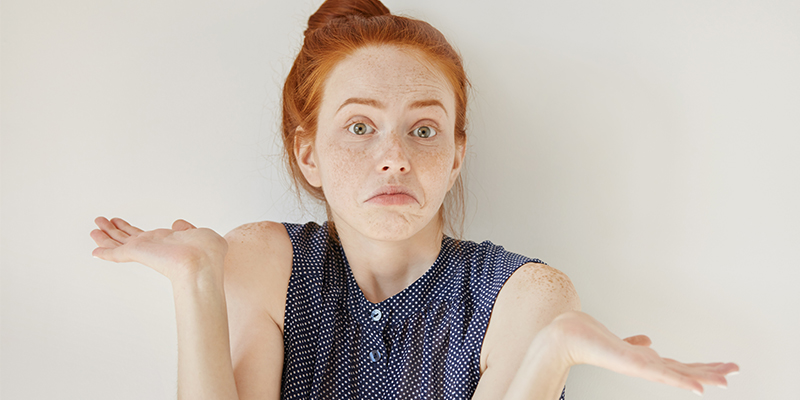 ADHD or OCD? The Best Way You Can Know for Sure

Attention Deficit Disorder (ADD) is a national health crisis that continues to grow, yet remains one of the most misunderstood and incorrectly treated illnesses today. ADHD, which adds a hyperactive component to ADD, is a legitimate brain disorder that typically occurs as a result of neurological dysfunction in the prefrontal cortex. ADHD symptoms include poor internal supervision, short attention span, difficulty learning from past errors, disorganization, procrastination, and boredom.

Obsessive-compulsive spectrum disorders (OCSD), more commonly known as OCD, are serious and often debilitating disorders that are characterized by obsessions and compulsions. Obsessions are intrusive and recurrent thoughts about things like contamination, doubt, sexuality, and violence. Compulsions are performed according to certain rigid rules and can lead to elaborate rituals, such as hand washing, counting, touching (especially in a particular sequence), and picking skin or hair.

OCD has been mistaken as ADHD by many doctors since both diagnoses share a number of the same symptoms—anxiety, distractibility, perfectionism, impulsive behaviors and impaired executive functioning.

Despite such commonalities, however, a recent study has revealed that ADHD and OCD, though similar behaviorally, are far more complex from a symptom standpoint. For instance, those who struggle with ADHD can overcompensate for their inclination to be disorganized, distracted and inattentive by adopting OCD-like coping skills. Such compulsive tendencies indicate OCD traits in ADHD patients, which can be misleading.

Additionally, a student who seems inattentive and antsy during class may actually have OCD and not ADHD since distraction from repetitive thoughts and fidgeting from compulsive behaviors can both appear to be ADHD symptoms. Since teachers usually equate attention problems and hyperactivity with ADHD, many OCD patients are being misdiagnosed.

With the overlap of ADHD and OCD symptoms, arriving at a proper diagnosis is absolutely crucial since treatment plans may radically differ for both disorders. For example, Ritalin, a common ADHD medication, can actually make OCD symptoms worse. Likewise, ADD symptoms are magnified when occurring together with anxiety, which is a major contributor to OCD.

Since the consequences of being misdiagnosed are potentially devastating, how can you really know if you have ADHD or OCD? And how can you trust standard medicine, which has frequently mistaken OCD for ADHD? Can you afford for them to guess wrong?

The best way to obtain a definitive diagnosis is to get brain SPECT scans at one of the Amen Clinics. If you or a loved one is suffering from any of the symptoms associated with ADHD or OCD, our method of integrative psychiatric support can help. Using innovative and personalized care, our outcomes consistently demonstrate improvement for patients—including many who have tried and failed prior treatment.

Our comprehensive evaluation of your biological/psychological/social/spiritual history, coupled with two SPECT images (in concentrating and resting states), cognitive testing, and clinical assessment is designed to address your unique requirements and offer targeted treatment options.

If you would like to learn more about how brain imaging can provide customized solutions for your needs, please visit us online or call 1-888-288-9834.