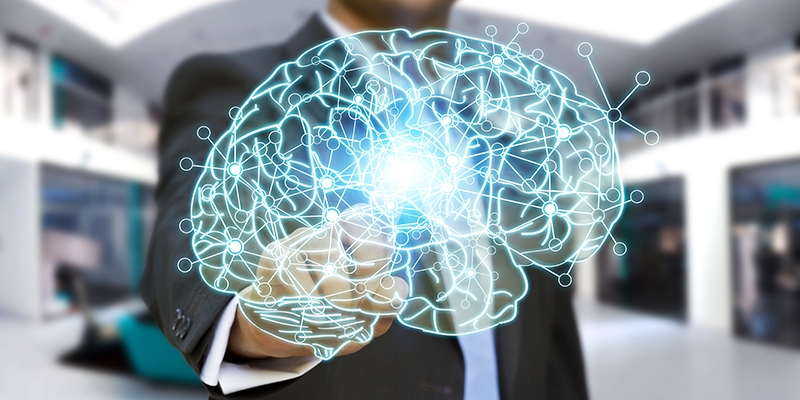 What is the “Executive Center” of the Brain?

What Is the PFC?

The prefrontal cortex (PFC) is the most evolved part of the brain. It occupies the front third of the brain, behind the forehead. It’s divided into three sections: the dorsal lateral section (on the outside surface of the PFC), the inferior orbital section, (on the front undersurface of the brain), and the anterior cingulate gyrus, (which runs through the middle of the frontal lobes).

The PFC is involved with:

Our ability as a species to think, plan ahead, use time wisely, and communicate with others is heavily influenced by this part of the brain. The PFC is responsible for helping you be goal-oriented, socially responsible, and productive in every area of your life. The PFC continues to develop beyond puberty into late adolescence and even into the mid-20’s.

The brain systems that drive you to seek out things that bring you pleasure and the PFC, which puts on the brakes when you’re about to engage in risky behavior, work in concert to create your self-control circuit. In a healthy self-control circuit, an effective PFC provides impulse control and good judgment while the deep limbic system offers an adequate dose of motivation so you can plan and follow through on your goals. You can say no to alcohol, hot fudge sundaes, cigarettes, gambling, and many other bad behaviors. But what happens when the PFC isn’t working well?

Problems in the PFC

Decreased activity in the PFC has been associated with lack of forethought, poor judgment, impulse control problems and poor internal supervision. When the PFC is underactive, it can create an imbalance in the reward system and cause you to lose control over your behavior. When this is the case, you’re more likely to fall victim to your cravings.

Head Injuries and the PFC

Due to its location, the PFC is especially susceptible to head injury. Unfortunately, much of the PFC sits on top of several sharp, bony ridges inside the skull, and lies just behind the area where many blows to the head occur.

Your brain wasn’t made to endure the punishment of soccer headers, tackle football, or boxing. Even mild TBI’s can have far-reaching health consequences and can alter a person’s personality and ability to learn. Head injuries are a major cause of psychiatric disorders including anxiety, depression, substance abuse and even memory issues and Alzheimer’s disease.

ADD, also referred to as ADHD (attention deficit hyperactivity disorder), typically occurs as a result of neurological dysfunction in the PFC. When people with ADD try to concentrate, PFC activity tends to decrease.

Normally, the PFC sends inhibitory signals to certain areas of the brain, quieting stimulation from the environment so that you can concentrate. When the PFC is underactive, it doesn’t adequately dampen the sensory parts of the brain, and too many stimuli bombard the brain as a result. For those who struggle with ADD, distractibility is evident in many different settings.

Common symptoms of ADD are:

Without proper PFC function, it’s difficult to act in consistent, thoughtful ways, and impulses can take over. Impulse control problems may lead to behaviors such as lying, stealing, having affairs, and excessive spending.

Increased death rates have been associated with impulsive behaviors, such as: tobacco use, poor diet, excessive alcohol use, violence, risky sexual behavior, aggressive driving, suicide, and drug use. These factors can have a huge impact on a person’s longevity.

4 Ways to Strengthen the Executive Center of Your Brain

2. It’s easy to develop bad sleep habits when leading a busy life. Missing out on sleep can affect your health in more ways than you might imagine. Less sleep can lead to slower reaction times in tasks, brain fog, and poor decision-making. It’s recommended that you get 7 to 9 hours of sleep every night.

3. Keep your blood sugar balanced throughout the day with healthy snacks. Also, supplements, green tea, and Rhodiola can increase blood flow to the PFC which can help you make better decisions. Low blood sugar levels are associated with lower overall blood flow to the brain, poor impulse control, irritability, and bad decisions.

4. Always ask “Then what?” When it comes to your health, these are the two most important words in the English language. Think about the consequences of your behavior before you act. Exercising self-control is one of the best ways to strengthen your PFC. To develop your PFC, you can practice saying no to the things that aren’t good for you and, over time, you’ll find it easier to do the right thing.

Taking care of your brain is the single most important thing you can do for your health, your life, and the lives of those around you. Having a PFC that works optimally also helps you be smarter, healthier, happier – and even wealthier – because you’ll develop the ability to think before acting and consider the consequences.

To help you better understand your brain and create a treatment plan that’s targeted to your unique needs, call us today at 888-288-9834 or visit us online to schedule a visit.